Cry of the Firebird… 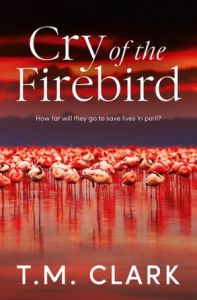 In the badlands of Africa, a resourceful doctor fights to save her patients’ lives. Australian thriller writer T.M. Clark returns with a vivid, action-packed adventure in the tradition of Wilbur Smith.

South African-born Doctor Lily Winters, a consultant with the World Health Organization, has been in the thick of some of the worst humanitarian disasters across the globe. But when she’s posted back to South Africa following the suspicious death of an ex-colleague, she faces the biggest medical mystery she’s ever seen.

The resettled San community of Platfontein is exhibiting a higher-than-average HIV infection rate, and their people are dying. The cases Lily takes over are baffling and despite her best efforts the medicine doesn’t seem to be helping.

To save this unique community, Lily and a policeman from the Kalahari, Piet Kleinman, join forces to trace the origins of the epidemic and uncover the truth. Their search drags them into the dangerous world of a corrupt industry driven by profit while the authorities meant to protect their community turn a blind eye. In a race against time Lily and Piet will put not only their careers but their lives on the line…

T.M. Clark returns with another gripping African adventure/crime thriller. Set in South Africa, Cry of the Firebird dives into the grim world of tainted pharmaceuticals, corruption, gang violence, and the AIDS epidemic. This novel is exactly the type of gripping crime I favour within the genre. And as is the way with T.M. Clark, the beauty of Africa’s wildlife makes its mark upon the page, along with a cast of characters who demonstrate that it is possible, even in the most dire of circumstances, for humanity to prevail. With cutting edge themes and high action, Cry of the Firebird is one of my recommended Summer reads. 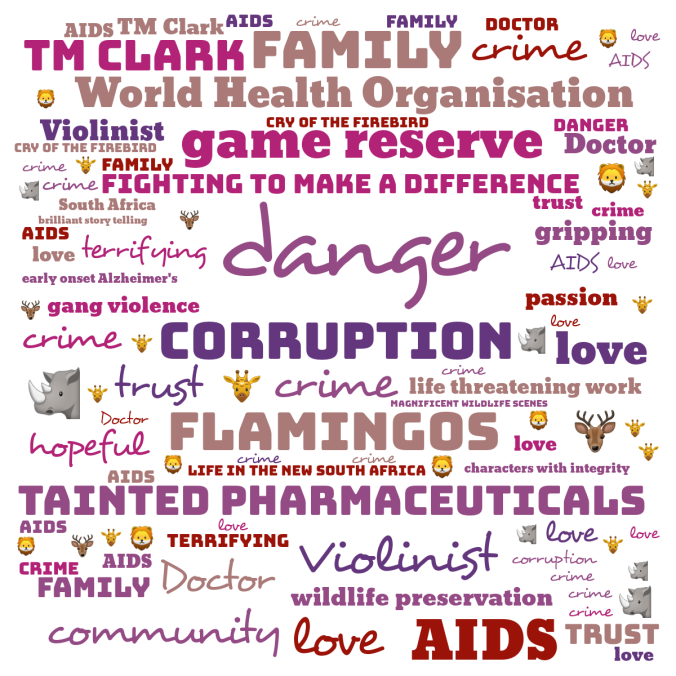 Thanks extended to HarperCollins Publishers Australia for providing me with a copy of Cry of the Firebird for review.

Born in Zimbabwe, T. M. Clark completed her primary school years at boarding school in Bulawayo. She attended senior school in South Africa, where she lived in the boarding school hostel as her home.
She began writing fiction in the UK while a stay-at-home mum to her two sons and she hasn’t looked back.
Now living on a small island near Brisbane in Queensland, Australia, T. M. Clark combines her passion for storytelling with her love for Africa.
Her first novel, My Brother-But-One, was shortlisted for the Queensland Literary Award 2014. She is also the author of novels Shooting Butterflies, Tears of the Cheetah and Nature of the Lion, as well as a novella, The Avoidable Orphan, and a children’s picture book, Slowly! Slowly!, a 2018 CBCA Notable Book, which are companion books to her novel Child of Africa.
Readers can find T.M. Clark on Facebook (tmclarkauthor), Twitter (@tmclark_author) or visit her website at tmclark.com.au.

5 thoughts on “Book Review: Cry of the Firebird by T.M. Clark”