Last week I reviewed a stunning debut literary novel, The Salt Madonna, and today, I am thrilled to welcome its author Catherine Noske here to Behind the Pen.

What was the initial genesis for The Salt Madonna?
There are two answers to this question! The first, more straight-forward answer is that the first version of the novel was written as part of my PhD in creative writing, at Monash University. That work, and the research happening around it, had a huge influence on the novel and its thinking, particularly in terms of the themes around place and belonging.
But the idea for the story itself first came into my head sitting in a field in France. I was travelling, it was summer, and sitting there I watched a girl running through the paddock opposite me. I couldn’t tell if she was happy or scared. It intrigued me, and I started imagining a world around her, and why she might be running. The story came out of that – sitting there, I wrote a little paragraph in my diary, some of which still remains in the final version of the novel. In that same trip I saw Lourdes, and explored the story of Bernadette, which was a big influence over the work as a whole.

Let’s talk about the setting. How did you arrive at the time and place that ended up in the novel?
The landscape of Chesil is influenced heavily by my home in south west Victoria, so the space of the island is partly a nostalgic one for me. I think that probably contributed to the temporal setting as well, in the sense that I wanted to write in and about the contemporary world, but with the remembered scenes removed enough from the current moment that Hannah’s present-tense reflection felt like it opened a passage into the past. It was important to me that the work responded to the things happening in our current society, the growing discourse around domestic violence, sexual trauma, and institutional responses as the Royal Commission explored. The statistics and facts Hannah cites have all been drawn from real sources.
But as I started writing, it was too difficult to imagine the story as actually happening in the place I grew up – I was too intimately connected to it, and that felt like a conflict. I didn’t want people to think this was in any way based on real life. So Chesil was detached from reality, and reimagined as an island. That change allowed me some more liberty in writing it, and also helped increase the sense of tension and claustrophobia in the characters of the community there. I love islands – they can be very strange places as well as uniquely wonderful and beautiful. 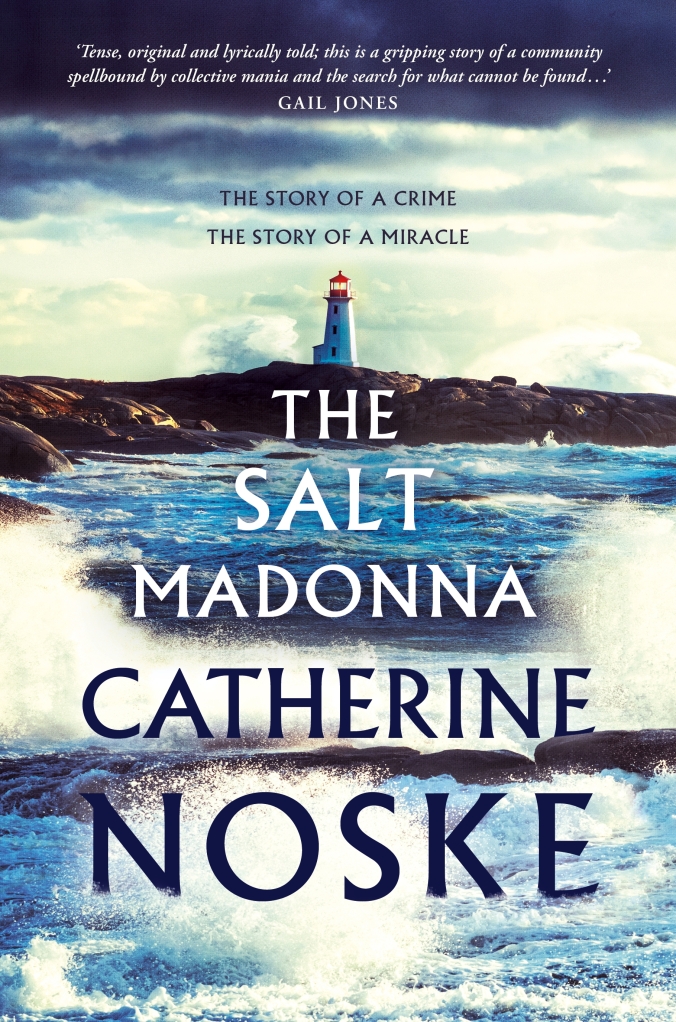 Were there any interesting facts/thoughts you uncovered during the course of your research/initial drafting that didn’t end up in the novel?
There are several threads which were pulled out in drafting – little points and ideas in the research which didn’t end up finding the right space in the story itself. These included ideas about Australian history, including hidden histories in archival journals and letters; details about farm life; ideas about myths and fables and spiritual beliefs; even little points of influence from church services and psalms. (There was also a lot of self- indulgence that needed to be cut back – I had a lot more writing in the original that was about my horses!) But it’s hard to contextualise how these ideas would work now, having untangled them from the writing. For instance, at one point I had a long passage in there about ring-barking, and the manual labour of clearing land on an island, which connected for me with a thread of thinking about the trauma of world wars, and connected again to another thread about class and social structures in rural communities… Some of this is still there, but not all of it. There was another scene which was about home butchery, which I loved, but it just didn’t work. And I learned a lot about the management of grapes in viticulture which helped me write the scenes in the vines, but didn’t actually feel to me like it needed to be made explicit in the moment of the story.

With your debut novel now released, what’s next for Catherine Noske?
I’m working on a couple of projects now, though I’m not sure what they will each become. I am not the quickest of writers – I like to let my thinking develop slowly. But I’m hoping this year will see me put my next novel together in draft form at least…

Hannah Mulvey left her island home as a teenager. But her stubborn, defiant mother is dying, and now Hannah has returned to Chesil, taking up a teaching post at the tiny schoolhouse, doing what she can in the long days of this final year.

But though Hannah cannot pinpoint exactly when it begins, something threatens her small community. A girl disappears entirely from class. Odd reports and rumours reach her through her young charges. People mutter on street corners, the church bell tolls through the night and the island’s women gather at strange hours…And then the miracles begin.

A page-turning, thought-provoking portrayal of a remote community caught up in a collective moment of madness, of good intentions turned terribly awry. A blistering examination of truth and power, and how we might tell one from the other.

Catherine Noske is a writer and academic currently teaching at the University of Western Australia. Her research focuses on contemporary Australian place-making and creative practice. She has been awarded the A.D. Hope Prize, twice received the Elyne Mitchell Prize for Rural Women Writers, and was shortlisted for the Dorothy Hewett Award (2015). She is editor of Westerly Magazine.

Read my review of The Salt Madonna here.

6 thoughts on “Behind the Pen with Catherine Noske”