I’m rather excited to introduce Hazel Edwards as my guest for today’s Behind the Pen. It’s not often I have the opportunity to interview an author whose books have been amoung my favourites as a child as well as my own children’s favourites. You may recognise her name from the much beloved Hippopotamus children’s series, but Hazel writes for a range of audiences, and she’s here today to talk about her newest release for adults, Celebrant Sleuth.

Describe what your book ‘Celebrant Sleuth’ is about.

‘I buried my father, married my sister and sorted the missing will.’

Quinn, a celebrant with style and a few obsessions but a good heart, solves quirky problems, mysteries and the occasional murder at weddings, funerals and naming ceremonies in her country town. Ex-actor with a great voice who writes eulogies to die for! Not forgetting a few quotable ‘Quinn’s Laws of Relativity’. A romantic, but asexual, Quinn lives with her long term partner Art who runs community Channel Zero. The workstyle of a celebrant is never routine. Fake I.D. Fraud. Fights, even to the death, over wills and inheritance … Mislaid rings. Lost bride. Food poisoning. Clients of varied ages and cultures are well looked after. Even vintage millionairess Flora with the much younger lover who might be a con-artist.
Quinn solves most problems but not always in the expected way.

When did you start writing the adult murder mystery ‘Celebrant Sleuth’ and what was the catalyst?

The Same Sex Marriage bill has focused attention on celebrants, engagements and weddings, but I was interested much earlier in a celebrant character as an adaptable sleuth.

Like many others, my family is spread across generations and cultures. And friends are re-committing, divorcing or blending. So I’d seen celebrants in action at weddings, name-days and funerals. The role seemed versatile enough to move into different settings and cultures to solve mysteries. Plus most celebrants are very personable. They can talk well, but also listen.

The catalyst was when I met an extremely articulate and thoughtful asexual in her early thirties, who challenged me to write about her gender circumstances. She was NOT a celebrant. She was a park ranger. But the idea of juxtaposing a romantic personality in a longterm relationship within a celebrant who had a job involving romance interested me.

‘I prefer icecream to sex’ was one of her very quotable comments to me, as she explained the differences between being asexual (feeling no sexual attraction to any gender) and being a ‘romantic’ desiring and giving affection which is different from being aromantic.
She became one of my ‘expert’ readers. Along with the 25 plus celebrants I interviewed. And the multiple florists. The only problem was fictional time. Everything needed to happen in under an hour, just like in a wedding or funeral.

But It’s taken about 2 years to write in ‘real time’, mainly between 6 am and 8 am daily. My brain was clear then and could cope with plotting clues. The mysteries are episodic, with celebrant Quinn solving problems in settings including the football hall of fame, retirement village chapel and a few inter-relationships of florist, caterer and media in the country township during an economic downturn. Millionaire retirement village owner, eighty-something Flora is feisty and falls for a younger, suspected con-man. I had to create a whole township of intersecting roles.

How many books have you written and published?

Over 200. I have written in diverse genres but probably best known for the picture book series ‘There’s a Hippopotamus on our Roof Eating Cake’ which is now performing nationally as a musical.

I’ve been traditionally published since I was 27. ‘Hippo’ was my third book but I write adult non-fiction, junior and YA fiction as well as scripts. Most readers don’t realise that and only know me as ‘the hippo lady’.

I’ve also co-written non-fiction with various experts like psychologist Dr Helen Mc Grath. Our ‘Difficult Personalities’ has gone into six languages including Chinese, Russian, audio and ‘American’. The strategies in that have been helpful plotting motives for my mysteries. 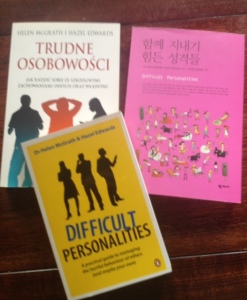 How long on average does it take you to write a book?

About a year.
I tend to have two major works in progress. Because I have a big backlist, time is needed for the business side of rights and legal issues etc. I call that administrivia whereas the other work is creating original stuff.

I’m also a hybrid now which means I have author -published a few titles which my usual traditional publishers considered controversial or for a niche market. ‘Hijabi Girl’ was author- published and is now in a fifth reprint.

Being a woman, with a home office and a family has meant initially it was difficult to be taken seriously as a professional.

‘Do you write for the little kiddiwinks?’ was the comment from one casual acquaintance. (No. I will not murder a character with her name in my next mystery.)

But I’ve been grateful for the flexibility of being able to work outside 9-5 limitations and to avoid peak hour traffic. Children’s authors’ workstyles are mistakenly seen as ‘easy’, but since there is a new readership every six years, and rights may sell internationally or be adapted for new mediums, they are more viable financially than some other genres. Until you earn from your writing, others tend to see it as ‘a hobby’.

Gender and nationality are less important in today’s international publishing. Other variables such as genre and being businesslike matter. To survive as a longterm author, you need to write for international as well as the local readers. And you need adaptations into other mediums like animation, theatre, audio or TV.

What authors and types of books do you enjoy most?

Biographies. Well constructed mysteries in settings like Scandi Noir from which I learn something new.

My research is often participant observation, I go and do, knowing I’ll write my character into that world later. That’s why I went, as writer, on the 2001 expedition with the Australian Antarctic Division. I did consider doing the celebrants’ course, but then decided I’d gain more ‘anecdotes’ by interviewing. ‘Anecdotal’ research about what might go wrong or humorous incidents are my goal so I can dramatically condense realistic details of a setting or job.

I use faction. Realistic detail but condensed for dramatic impact.

Do you read your book reviews? Do you appreciate reader feedback and take it on board, even if it is negative?

Good reviews are sustaining but the most helpful are the seriously considered comments supported by examples.
Inevitably some readers will not like what you have written.

If an author ventures into sensitive subjects, there will be reactions to the subject rather than the way you have written about it. E.g. ‘f2m:the boy within’ a co-written YA about trans youth or ‘Hijabi Girl’. I tend to co-write if in cultures different from my own, so details and viewpoint will be authentic. 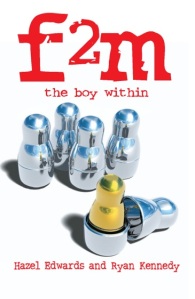 In recent years I have tackled more culturally sensitive settings or dilemmas for characters. Coping successfully with being different has always been a theme which interested me. But now, any writing about gender has become very political.

How much planning do you do?

I research. I create character dossiers. Then I write a 1 page synopsis which I pitch to a publisher. If contracted, I write the chapters. Inbetween I check with my expert readers.

Can you tell us something about yourself that not many people would know?

Longterm Sisters-in-Crime member & cultural risk-taker, Hazel Edwards has diverse genres amongst her 200 published books. She is best known for ‘There’s a Hippopotamus on Our Roof Eating Cake’ now touring as a musical. ‘f2m:the boy within’ her co-written YA coming of age novel about trans youth was a first. In 2013, Hazel was awarded an OAM for Literature. www.hazeledwards.com

‘Ho Ho Ho There’s a Hippopotamus on My Roof eating Christmas Cake’ (PenguinRandom House) will be out in October 2018.