Vida: A woman for our time… 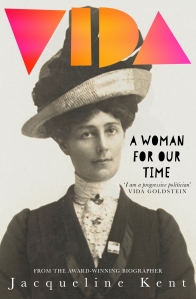 Vida Goldstein was an advocate for women’s rights, a campaigner for peace, fought for the distribution of wealth, and a trail-blazer who provided leadership and inspiration to innumerable people.

Blazing her trail at the dawn of the twentieth century, Vida Goldstein remains Australia’s most celebrated crusader for the rights of women. Her life – as a campaigner for the suffrage in Australia, Britain and America, an advocate for peace, a fighter for social equality and a shrewd political commentator – marks her as one of Australia’s foremost women of courage and principle.

Vida first came to national prominence as the first woman in the Western world to stand for a national Parliament, in Victoria, for the Senate, in 1903. As a fighter for equal rights for women, and as a champion of social justice, she quickly established a pattern of working quietly against men’s control of Australian society. Her work for the peace movement and against conscription during the heightened emotions of the First World War showed her determination to defy governments in the name of fairness and equity.

Vida came to adulthood when Australia was in the process of inventing itself as a new nation, one in which women might have opportunities equal to those of men. Her work for her own sex, especially her battles for equality in politics, illuminated issues that persist to this day.

‘Anyone who has sought to bring about social or political change has been forced to recognise that in Australia the way of the reformer is always hard.’

This was such an informative and entertaining biography. Prior to reading this book, I had not heard of Vida Goldstein. She was such a force to be reckoned with: political activist, women’s suffragist, pacifist, and above all, social reformer; an absolute inspiration. This book is so much more than a biography, the history contained within it was absorbing, spanning beyond the Victorian border into greater Australia, the US, and England. Every single freedom and right we enjoy today as Australian women and girls is a direct result of the tireless work by pioneering activists like Vida. I found this to be a very humbling read as well as an entirely inspirational one. Written in the style of narrative non-fiction whilst retaining its integrity as a biography, Vida is a necessary read for anyone with an interest in Australian history.

Thanks is extended to Penguin Random House Australia for providing me with a copy of Vida for review.

Jacqueline Kent was born in Sydney and grew up there and in Adelaide. Originally trained as a journalist and broadcaster, she has also been a book editor and a reviewer for numerous publications, and has a Doctorate of Creative Arts from the University of Technology, Sydney. As well as biography and general social history, she has written fiction for young adults. A Certain Style: Beatrice Davis, A Literary Life won the 2002 National Biography Award and the Nita B. Kibble Award. An Exacting Heart: The Story of Hephzibah Menuhin won the 2009 Nita B. Kibble Award. Beyond Words, A Year with Kenneth Cook was published to acclaim in 2019. She lives in Sydney.

#currentlyreading The Kingdoms by Natasha Pulley with thanks to @bloomsburypublishing for the #bookreviewer copy #historicalfiction #specfiction #readersofinstagram #readallthetime #bookstagram #bookbloggersofinstagram
When your dog and your daughter strike a matching pose...
#currentlyreading #newrelease Reminders of Him by @colleenhoover #longtimefan #loveherbooks