One of my very first attempts at writing was a book titled the Cattleman’s Runaway Bride. When I began writing, I only had Mills and Boon in mind to submit to because they were the only ones I had writing guidelines for… This was in the very early days of the internet!

It was eventually picked up by a small American publisher and after a few years I received my rights back and the story sat on my computer, unpublished for a number of years.

A year or so ago, I stumbled upon it and decided to have a read through. As I read, I found myself cringing through some parts while still having a soft spot for the actual story line and characters, so I decided to give the whole thing a big overhaul and rewrite it. 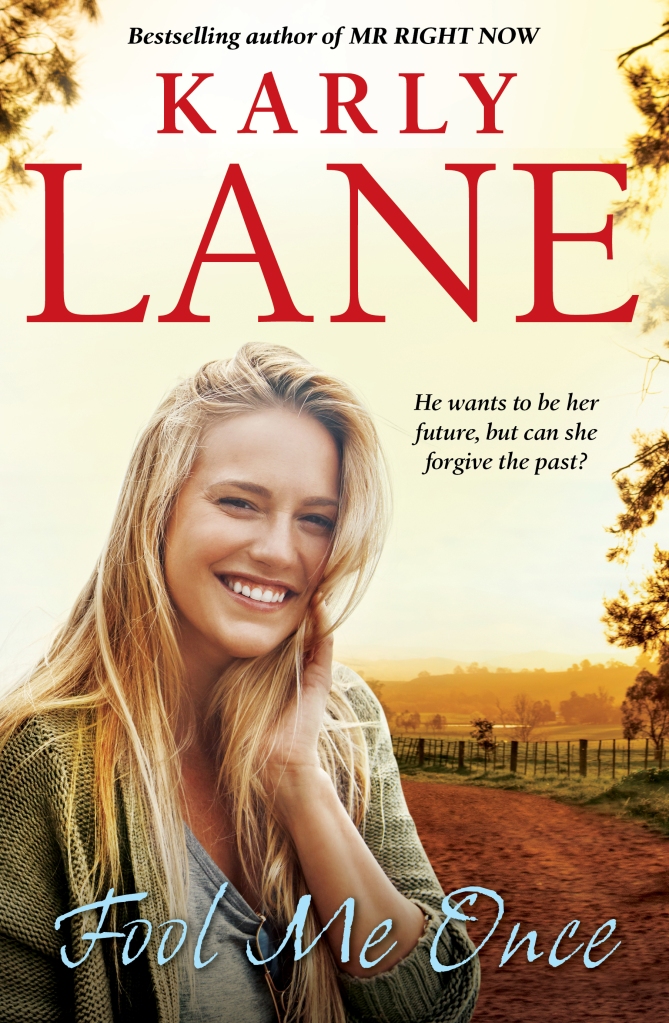 The underlying inspiration for Fool Me Once was probably something that I’ve carried around inside for quite a long time. I spent a great deal of time on my grandparents farm as a child and pretty much every happy childhood memory I have involves the farm and those years. When my grandparents sold it after it got too much for them, I was utterly devastated. If I’d been in a position to, I would have bought it, but I was newly married and hardly had a penny to my name, but I longed to be in a position to one day buy it back.

This never happened, and it’s still a very tender wound to be honest. But writing was a way to channel my dream and while I might not have been able to afford to buy back the family farm, maybe my character could! And so was born the idea to write this book.

Georgie Henderson is a strong-willed woman who has spent her life working her way up the ladder in a sometimes, still, very male dominated career of farming.

She’s had a rough life, losing her mother when she was young and then living with a father who buried his grief in drinking. With years of drought and her father giving up all interest in their property, Georgie’s dream of taking over the farm after university came crashing down around her when she discovered her father had sold the farm without even discussing it with her.

Unable to follow her dreams the way she’d been planning she found a job working on other people’s land but never gave up on her dream to one day buy back Tamban and run it herself.

However, then Michael Delacourt came along and threw her plans out the window all over again.

I wanted to highlight the importance of women in farming. For years women have worked alongside men, often making up unpaid workers as they not only raised children and ran a household, but also help their husbands, brothers and fathers work the land as well.

In modern farming women now make up a considerable number of the work force. “Women comprise 41% of the agricultural workforce but only 18% of management roles and 2.3% of CEO positions” Australian Farmers website states.

There are so many stories of inspirational young women working in the farming industry every day, who are sharing their stories and inspiring others and it’s exciting to see so many succeeding in a field they love.

Australian farmers are renowned for the quality of their produce and livestock and take great pride in ensuring its standards are of the highest quality. Our famers work tirelessly to grow the crops and raise the livestock that feed and clothe us every day and I’m proud to support them and highlight the amazing work they do.

Over the last few years, they’ve battled through drought and then more recently extreme bushfires, followed by flooding. It’s a tough life and makes for tough people, but the very nature of gritting your teeth and getting on with it has also led to other problems—being that rural suicide is taking an enormous toll on our rural communities across the country.

While my last book, Return to Stringybark Creek deals with this issue, Fool me Once, takes on a slightly different issue—one of women in agriculture and one that I am very proud to support.

Farmer Georgie Henderson manages a cattle property in the New England region of New South Wales, but her dream has always been to buy back her family farm, Tamban. When an unlikely meeting with Michael Delacourt at a rowdy B&S Ball sends them on a whirlwind romance, Georgie can’t believe it’s possible for life to be this good. For the first time ever, her dream of buying back Tamban takes a backseat to her happiness. But her world shatters when she discovers the shocking secret Michael has been trying to keep from her.

Karly Lane lives on the mid-north coast of New South Wales. Proud mum to four children and wife of one very patient mechanic, she is lucky enough to spend her day doing the two things she loves most – being a mum and writing stories set in beautiful rural Australia.

6 thoughts on “Author Talks: Karly Lane on the Importance of Women in Agriculture”