I am so delighted to welcome Melissa Ashley to Behind the Pen today, here to talk about her latest gorgeous release, The Bee and the Orange Tree. 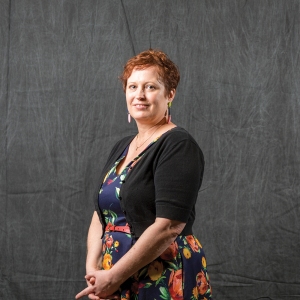 Describe The Bee and the Orange Tree in five words:
Fairy-tale author rebels against authorities

What was the initial genesis for The Bee and the Orange Tree?
The discovery that there was a golden age of fairy tale writing and publishing in the literary salons of Paris between the years 1690 and 1715. I was in the middle of a creative writing degree, trying to write a novel based on a Grimms’ fairy tale – but hopelessly stuck, and I did some research into the history of fairy tales. I found out about the life of Baroness Marie Catherine d’Aulnoy, who published the first fairy tale in 1690, The Isle of Happiness, between the pages of her first novel. Marie Catherine hosted a literary salon in her bedchamber, attended by Paris’ famous aristocrats, socialites and other writers and authors. She was married at the age of 15 to a man thirty years older than herself – a forced marriage, arranged by her mother – but then had to flee Paris at the age of 19, having given birth to four children, to escape the law. She was not heard of for 20 years, until she burst onto the Parisian publishing scene in 1690 with her first novel, aged 40 years.

Can you share one of the most interesting things you uncovered in your research?
That there was a history of women publishing novels and fairy tales that began in the French literary salons, which started around 1650. Women were believed to possess special social and cultural skills – the arts of charm and conversation – and men were encouraged to attend the salons to get to know the right people, if they wished to advance in literary and political circles. The salons created a community of women who wrote creatively together, participating in literary games and entertainments, and by doing this, managed to subvert some of the draconian restrictions on their lives imposed by the catholic church and Louis XIV’s ancien regime or absolutist rule. They used fairy tales to criticise the status quo, masking their discontent and dissatisfaction with their lives – they could not divorce, could not control their own money, could not choose their husbands, could not work – by disguising them in fantastical settings, thereby eluding the pen of the royal censor. It was quite a modern, sophisticated time, and I think the French salon women’s interests in forming writing communities resonate very much with writers (and readers) today.

Were there any interesting facts you uncovered during the course of your research that didn’t end up in the novel?
There is always so much more material than you can use when you are writing from the historical record. And, ironically, so many gaps you need to deploy imaginative inventiveness to fill, especially the characters’ emotional, interior lives. I can answer the question in a round-about fashion. I had to make interpretations about what Marie Catherine’s children’s lives were like; according to the historical record – though sources do not always agree – they may have grown up in Spain, with their maternal grandmother. However, I chose to have them grow up in and around Paris. Also, Marie Catherine had more children than the three daughters I included in the novel, but I found it expedient to my story to only breathe life into three, so adjusted the facts slightly. I made note of any changes or liberties like this in the author note.

Yes, there is an important fact, connected to the crime that takes place in the novel, something that occurs in Marie Catherine’s life when she is nineteen – though I cannot disclose it here, you will have to read the book – it’s pretty much a whole other story, with many possibilities and implications that I had to exclude. Again, I talk about it in the author note at the end of the book. I tried to put it in – it’s rather terrible – but it would have toppled the story I wanted to tell. You have to juggle just the right material to include in a book so that it will work narratively as a complete story.
I read a line that one of Marie Catherine’s daughters became a fairy tale writer herself, and that was my foundation for the character of Angelina, one of the book’s point of view narrators. But the story I tell about her background is imagined, as there is nothing whatsoever on the historical record about her life. Marie Catherine, along with being a writer, was also a mother, and I am always interested in questions of how women balance or simply ‘do’ – balance is not the right word at all – mothering and working and living and socialising – it is a question central to my own life as a mother, and to the creative lives I like to explore in my books.

From birds to bees, what’s next for Melissa Ashley?
Ha! I am still firmly in the animal world. My next work will be a contemporary novel, set in Queensland, very much in the present – it moves from Brisbane to Port Douglas, Iron Range and Amsterdam, and it’s about a Dad and his daughter – he’s an artist, she’s a troubled teen – and the extinction and environmental crisis this state (and country) are facing at the moment. I’m interested in writing about the butterflies and moths of far north Queensland, and a threatened species of bird and also a threatened marsupial. I can’t give any more details as to how it plays out, however. You will have to wait and see. 😊

It’s 1699, and the salons of Paris are bursting with the creative energy of fierce, independent-minded women. But outside those doors, the patriarchal forces of Louis XIV and the Catholic Church are moving to curb their freedoms. In this battle for equality, Baroness Marie Catherine D’Aulnoy invents a powerful weapon: ‘fairy tales’.

When Marie Catherine’s daughter, Angelina, arrives in Paris for the first time, she is swept up in the glamour and sensuality of the city, where a woman may live outside the confines of the church or marriage. But this is a fragile freedom, as she discovers when Marie Catherine’s close friend Nicola Tiquet is arrested, accused of conspiring to murder her abusive husband. In the race to rescue Nicola, illusions will be shattered and dark secrets revealed as all three women learn how far they will go to preserve their liberty in a society determined to control them.

This keenly-awaited second book from Melissa Ashley, author of The Birdman’s Wife, restores another remarkable, little-known woman to her rightful place in history, revealing the dissent hidden beneath the whimsical surfaces of Marie Catherine’s fairy tales. The Bee and the Orange Tree is a beautifully lyrical and deeply absorbing portrait of a time, a place, and the subversive power of the imagination. 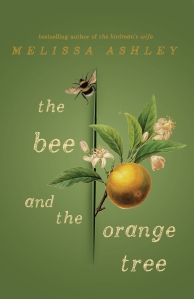 Melissa Ashley is a writer, poet, birder and academic who tutors in poetry and creative writing at the University of Queensland. She has published a collection of poems, The Hospital for Dolls, short stories, essays and articles. What started out as research for a PhD dissertation on Elizabeth Gould became a labour of love and her first novel, The Birdman’s Wife, which has been printed in three formats and sold more than 30,000 copies since release. Melissa’s second novel, The Bee and the Orange Tree, was published in November 2019 with Affirm Press.

Read my review of The Bee and the Orange Tree here.

11 thoughts on “Behind the Pen with Melissa Ashley”

#currentlyreading One-night Stand by @simontaylorfunnyboy with thanks for the #bookreviewer copy @larrikinhouse #readaustralian #comedy #ausbookbloggers #bookstagram #bookbloggersofinstagram #readersofinstagram #readallthetime
#shelfie post! 📚 Here are the shelves I've set up so far in my #foreverhome 🏡 I have some larger, more 'fancy' shelves to come (they're on order) so setting up all the books is definitely a work in progress. The books on these shelves are all #bookreview #tbr and this is the first time I have been able to single shelve and actually see everything I have. Hoping this will lead to me being able to read a wider range, including some of these older titles.
#bookreview ⭐⭐⭐⭐ Half Life by @jilliancantor with thanks to @simonschusterau for the #bookreviewer copy