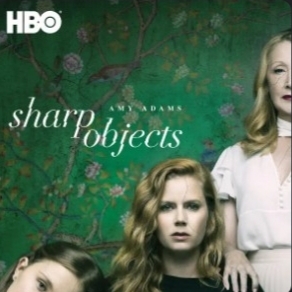 Based on the debut novel of the same name by writer Gillian Flynn (“Gone Girl”), the eight-episode series “Sharp Objects” stars Amy Adams, in her first major role on the small screen, as reporter Camille Preaker, who returns to her small hometown to investigate mysterious, unsolved crimes. Two girls are missing, one of whom was found dead and presumed murdered. As she searches for clues, Camille reunites with her estranged family – overbearing mother Adora, stepfather Alan Crellin, and half sister Amma – which rekindles traumatic childhood memories, including the death of her younger sister. Piecing together a psychological puzzle from her past, Camille begins to identify with the young victims a bit too closely.

Long before the Gone Girl phenomenon – you know the one, it spawned a whole new genre called ‘domestic noir’ and is still inspiring a steady stream of new releases with the dreaded word ‘girl’ in the title – Gillian Flynn released two other novels: Dark Places and her debut, Sharp Objects. Now, I like all three of these novels, but Sharp Objects remains my favourite. It’s dark and more than a little bit icky, pushing the boundaries of reader comfort over and over because in amongst the heavy themes of self-harm, mental illness, addiction, sexual assault, and murder, it rolls out two other biggies: mummies who systematically harm their children and nasty teens who revel in the power trip of their own nastiness. It’s a brutal piece of work, but I think it’s utterly brilliant. Within Sharp Objects, Gillian Flynn uses small town America as her stage, weaving a tale that exaggerates the darker aspects of humanity through the depiction of two cycles: the cycle of toxic parenting, and what I like to call the cycle of bitchery, whereby bitchy teenagers grow up to be bitchy women who breed a whole new generation of bitchy teenagers, and round and round we go. She also encapsulates that insular small town feel, where ranks can close when the seams of order begin to fray.

Both of these cycles, and the small town feel, translated well to the small screen. Now, I’ve been sitting on this series for quite some time because when a book I really like is adapted for film or television, it makes me nervous. There’s been some hack jobs. But this was well done. It’s been many years since I read Sharp Objects, but I feel this adaptation not only stayed true to the novel, but it captured its essence brilliantly. Gillian Flynn was one of the writers of the series, so maybe that’s a big contributing factor, but kudos needs to be passed on to the rest of the production crew because this is slick television, creative and innovative in its storytelling. And the cast were excellent, particularly Amy Adams who played Camille and Sophia Lillis who played young Camille. Both of these women captured the essence of Camille, a complex character that needed to be handled with care, lest she come off unsympathetic and unlikable. Over and over, my heart broke for Camille. She was so much more than a ‘drunken slut’ (to coin a phrase thrown at her within the show). Patricia Clarkson played Adora Crellin, Camille’s mother, and wow! She played her complex character with conviction: the toxic mother, the southern lady, the community matriarch, the manipulative wife. I believe she picked up some awards for this role and I can see why. Another notable performance was by Eliza Scanlen who played Amma Crellin, Camille’s younger half sister. Butter wouldn’t melt in that one’s mouth! On a whole, casting was pretty spot on. And Henry Czerny as Alan Crellin, my goodness, he captured Alan’s vagueness and willingness to turn a blind eye to a tee! Elizabeth Perkins is always good value, she played Jackie O’Neill, the town gossip and long-time family friend of the Crellins. 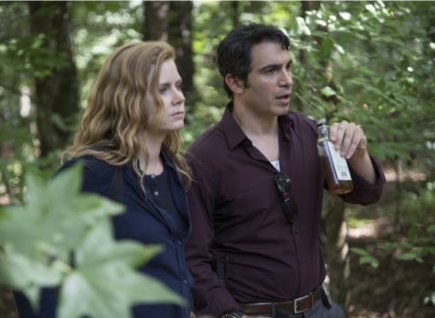 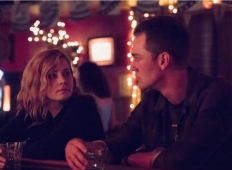 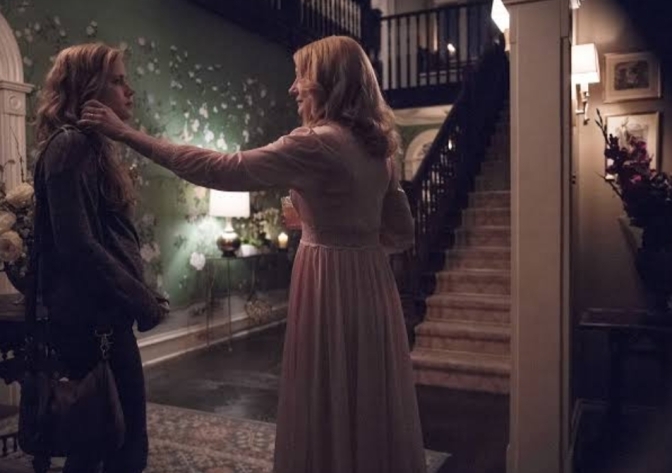 So I was in no way disappointed by the series. I loved the novel and now I love the TV adaptation. My sister watched this last year and mentioned that she found some things confusing. I wonder if having read the novel, even though it was a long time ago, took that element away for me. It is a complex story and is not told in a linear fashion. It would lose its potency if it was. But I can see how it may be confusing at times, particularly early on when everything is still being laid out and then again at the end when it’s all come to a head. Given the nature of the content, I was actually surprised to discover that HBO weren’t overly gratuitous. They’re a network I approach with caution, but this is one of their better series, for sure. I highly recommend this one, both for fans of the novel and for those who might be new to Sharp Objects.

#currentlyreading #buddyread with @breelletee ☕📚 Demon Copperhead by Barbara Kingsolver with thanks to @allenandunwin for the #bookreviewer copy!
#rainyday #comfortfood strawberry crumble 🍓