I absolutely love Josephine Moon’s novels, but despite reviewing them now for the last few years, I hadn’t yet welcomed her to Behind the Pen. All that changes today and here she is, talking with me about her latest release, The Gift of Life. 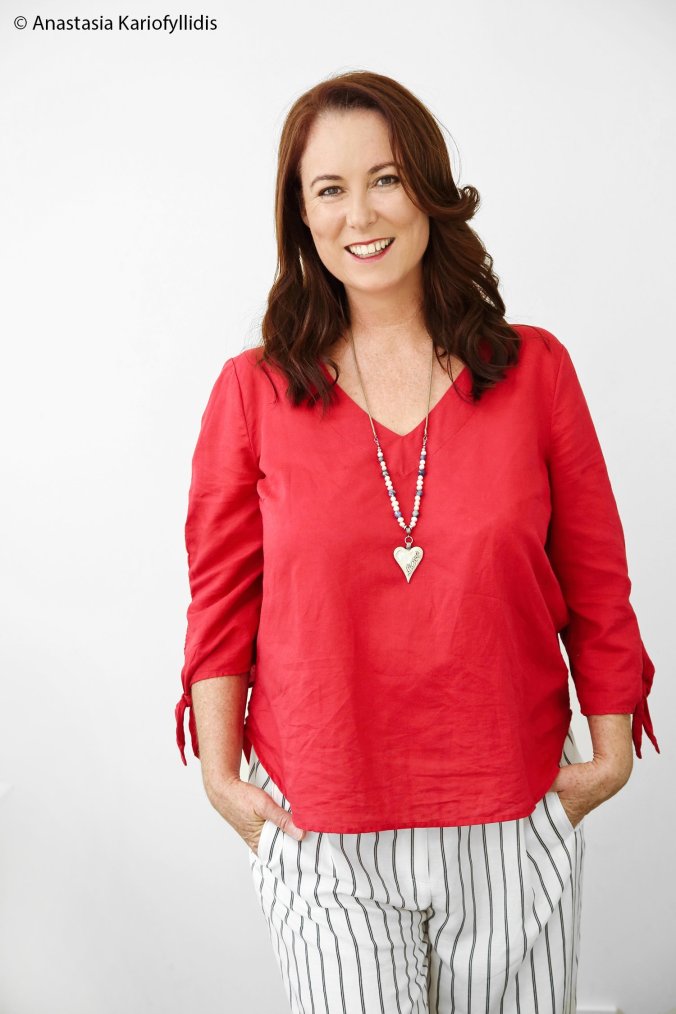 How would you describe The Gift of Life if you could only use 5 words?

What provided the inspiration for The Gift of Life?

Firstly, there was an episode of The Phil Donahue Show, around twenty years ago, in which a heart transplant recipient described her unique connection to her donor (something called ‘cellular memory’), which was later verified by the donor’s family. Her testimony affected me so deeply that it stayed with me for all that time, coming to life once more when I saw the first episode of the ABC medical drama, Pulse, in which a woman contracted a virus that went to her heart, resulting in her needing a heart transplant. Straight away, that memory came back about the woman on that talk show twenty years earlier and I knew straight away I wanted to write about that.

Secondly, when I was researching heart transplants, I connected with two recipients of heart transplants and spoke to them about their experiences. One of them was in the rare situation of having previously donated his young son’s organs many years prior to then being in the situation of needing a heart himself. That really struck me, that full circle nature of organ transplants, that any of us could be on either side of that story at any given time. That inspired me to write the story equally from two women’s voice, one on each side of that story.

As well as that, the other heart transplant recipient began telling me about all the inexplicable and odd things that had happened to her since having her surgery. I asked her if she’d heard of ‘cellular memory’ and when she said she hadn’t, I explained what I’d discovered and she said that made perfect sense to her because she always says that ‘there are two of us in here’. Up until then, I wasn’t sure where the book was going but having her confirm those unusual experiences gave me the confidence to pursue that line of the story.

I’m very much an organic writer. I start with a small idea and plant it and water it and see how it grows, adding to the garden along the way. I do accept that that is simply the way I am, but I always wish I was much more of a plotter because inevitably ‘organic’ gardening means you have to re-do sections frequently and sometimes pull up whole rows of idea you planted only to realise later that they are in the way or need to be planted elsewhere 🙂

I spend the bulk of my ‘planning’ time in research time. That’s my happy place and the fertile ground from which I pull ideas, images and characters. Each draft I do brings out more in my characters each time as, just like with real people, the more time I spend with them the more I get to know them.

These days I am happiest in my writing room as I have a good ergonomic set up, air conditioning, a view over the bushland next door, with my animals visiting often and easy access to the kitchen (which is also a bad thing!).

How far has your writing career evolved from when you first began to write to what it is today? Is this in line with your initial expectations?

I made the decision in 1999 that I wanted to be a career writer, but it took another 12+ years for that to come together. I dreamed of being able to make a living writing, and that’s what has happened. I am hugely grateful for that. I have a great job 🙂

What attributes do you think you need to remain sane as a writer? Are there any particular things you routinely do for yourself to maintain your own headspace?

I have the internet blocked for certain times of the day and every now and then, when I’m in deep writing mode, I’ll give myself a total social media black-out, which creates a shocking amount of extra headspace almost immediately. I keep set work hours as much as possible and now that my son is in school that is easier than it was for the first five years of my career, where it was a constant juggle. I try to focus on the book, first and foremost because it is writing that makes me happy, not the whirlwind phase of book release and publicity. I wrote for many years with no financial (or otherwise) reward because I just had to write. It’s the craft itself that calls to me. My animals keep me grounded throughout the day and are a great source of peace, joy and exercise. I am also rather addicted to floating in magnesium float tanks as a self-care ritual.

Where do you draw your inspiration from? How do you fill up that creativity well?

I am naturally very curious about most topics so I will regularly follow a thread of interest and deep dive into it for a while and these things often blossom into something much later. I always have a number of book ideas floating around at any one time and it’s not unusual for me to start one then let it go a few chapters in because it’s not strong enough. But these ‘false starts’ often pop up again at a later date to be incorporated into a new piece. I think it’s important to always have a lot of different potential book ideas waiting in the wings at any one time.

What is your favourite childhood book? Did reading as a child have any bearing on your decision to become a writer?

I think almost all writers become writers because they were readers as a child, and I’m definitely no different in that regard. I cannot possibly name just one favourite, but most of Enid Blyton’s books were hot favourites (The Faraway Tree series, The Wishing Chair series, Noddy books, and The Naughtiest Girl in the School series were particular favourites), and The Silver Brumby series had me racing to the school library to get the next one, then the next one and the next.

What book is currently on your bedside table? Are you more of a print, e-book, or audio book fan?

I can’t read e-books. I find them stressful on my eyes, and I guess I’m old school in that I am addicted to the smell and feel of books. I also love audio books and get through nearly half my reading that way too, listening in bed, mostly.

If you could trade places for a week with any other person, living or dead, real or fiction, who would it be and why?

Australia Zoo isn’t too far from our place and I have been there many, many times. I am so passionate about animals and every time I visit that zoo I have this weird feeling like that was the life I was meant to have. It would be a dream come true to have that life for a week. I think I should try and organise a future novel set in a zoo just so I can go and do the research!

The Gift of Life 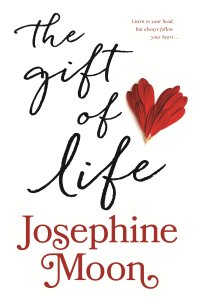 From the bestselling author of The Chocolate Promise and Three Gold Coins comes a colourful and heart-warming story about a cafe owner who is given a new chance at life after receiving a heart transplant – but her new life comes at a price.

You’ve been given the gift of life, now go live it.

Gabby McPhee is the owner of The Tin Man, a chic new cafe and coffee roasting house in Melbourne. The struggles of her recent heart transplant are behind her and life is looking up – until a mysterious customer appears in the cafe, convinced that Gabby has her deceased husband’s heart beating inside her chest.

Krystal Arthur is a bereaved widow, struggling to hold herself and her two young boys together since Evan’s death, and plagued by unanswered questions. Why was her husband in another city the night he died? And why won’t his spirit rest?

Krystal is convinced that Gabby holds the clues she needs to move towards a brighter future. Gabby needs Krystal to help her let go of her troubled past. The two women must come together to try to unlock the secrets in Evan’s heart in order to set free their own.

By the internationally bestselling author of The Chocolate Promise, this is a profound and moving novel about the deeper mysteries of love and loss – and the priceless gift of life.

17 thoughts on “Behind the Pen with Josephine Moon”