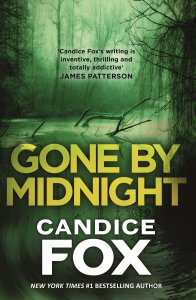 Crimson Lake is where bad people come to disappear – and where eight-year-old boys vanish into thin air . . .

On the fifth floor of the White Caps Hotel, four young friends are left alone while their parents dine downstairs. But when Sara Farrow checks on the children at midnight, her son is missing. The boys swear they stayed in their room, and CCTV confirms Richie has not left the building. Despite a thorough search, no trace of the child is found.

For Ted, the case couldn’t have come at a worse time. Two years ago a false accusation robbed him of his career, his reputation and most importantly his family. But now Lillian, the daughter he barely knows, is coming to stay in his ramshackle cottage by the lake.

Ted must dredge up the area’s worst characters to find a missing boy. And the kind of danger he uncovers could well put his own child in deadly peril . . .

You never really know exactly how a Candice Fox novel is going to pan out. She’s a marvel, the way she twists her plot and turns everything upside down and inside out. Three books into this series now and she just keeps on delivering.

‘There’s something deeply wrong with Amanda Pharrell. Whatever it is, it defies logic. It’s a slippery, indefinable thing that arms her with an eternal supply of social confidence, while at the same time preventing her from doing anything except horrifying, disturbing or annoying people everywhere she goes.’

Amanda and Ted are back, requested by the mother of a missing boy to work alongside the police on her son’s case. Amanda is as inappropriately marvellous as ever. As far as characters go, she is one of my favourites. One day people will stop underestimating her and realise she’s about as clever and analytical as they come.

‘Everything about Amanda Pharrell was clouded. Her whole history was impossible to lay out in a straight line – it was more a collection of sharply angled pieces that appeared to fit while held in a certain light, and did not in another.’

This was an interesting case and certainly didn’t play out in the way I expected (not surprising really, I am notoriously bad at guessing crime plots). I’m going to come right out and be a judgemental parent here, something I tend to avoid doing as it usually generates backlash, but the parents in this novel really stretched my tolerance. Maybe it’s my age, the generation I come from, but the whole idea of leaving children alone in a motel room so that the parents could have a child free night out in the restaurant is something I find so appallingly neglectful, not to forget risky. It’s akin to attending a neighbourhood bbq with a baby monitor in your pocket and your children left at home alone. Maybe I worry too much, but these sorts of actions just court disaster in my opinion. My sympathy for the missing boy’s mother was pretty low from the get go. Checking on the boys every hour just didn’t wash with me. That one went missing, well, like I said, they kind of invited that one in. But as is the way with Candice Fox, she stripped me of all of my theories one by one and left me guessing.

Alongside the crime solving aspects, Candice digs a bit deeper into Ted. The police have officially stated that he is no longer a person of interest in the case that destroyed his life, but that doesn’t mean it’s all over for Ted. He still bears the stigma of having been arrested and tried; mud sticks, even if the charges didn’t. Candice explores the deeper ramifications of this in terms of Ted’s relationship with his daughter Lillian.

‘People were going to look at her and me and make comments loudly, so that I could hear, or conspiratorially, their eyes filled with hatred. They were going to take pictures of my child and me. Some hysterical old ladies would probably call the police. I could see myself sitting on an empty bench at a public playground and watching the other parents telling their kids to stay away from Lillian, assigning someone to keep an eye on me while they escorted their little ones to the toilet blocks. I could see Lillian’s confusion, sudden terror, as angry men came and blasted me while we waited outside a cinema to see a kid’s movie, wanting to know how Kelly could bear to leave our daughter with me.’

There were plenty of points at which I pondered what my own attitude might be. On the one hand I was outraged on Ted’s behalf, but then on the other, I could see how the media had done such a thorough job at demonising him, the difficultly for the public to cast off their suspicion was apparent. A long time ago, in a different town to where I live now, a little girl went missing and later turned up murdered. She was so little, only six, but she had to walk several kilometres to school. She used to walk alone, and that’s how she got picked up. I blamed her mother. So did the media. She was a single mother who didn’t work, they capitalised on that, her having no good reason for allowing her daughter to walk alone. I had a young daughter myself. Even without a car, why wouldn’t you walk your child to school? If it was too far for you there and back, then it was certainly too far for a six year old. Later, that child’s mother got a job in Woolworths. I couldn’t look at her for fear of my judgement blaring out at her. I avoided her checkout, even if it meant waiting longer. So I can see both sides to Ted’s situation, no matter how uncomfortable it makes me. Candice has crafted this entire scenario with Ted going forward in the most thought provoking way.

Gone by Midnight is an excellent addition to this growing series. Candice Fox is a master at her genre, each new release tapping into her setting and offering a chillingly atmospheric mystery. I don’t think I could ever get tired of this series.

Thanks is extended to Penguin Random House Australia for providing me with a copy of Gone by Midnight for review.

Hades, Candice Fox’s first novel, won the Ned Kelly Award for best debut in 2014 from the Australian Crime Writers Association. The sequel, Eden, won the Ned Kelly Award for best crime novel in 2015, making Candice only the second author to win these accolades back to back. All her subsequent novels – Fall, Crimson Lake and Redemption Point – have been shortlisted for the Ned Kelly Award. Her new novel, Gone by Midnight, will publish in January 2019.
In 2015 Candice began collaborating with James Patterson. Their first novel together, Never Never, set in the vast Australian outback, was a huge bestseller in Australia and went straight to number 1 on the New York Times bestseller list in the US and also to the top of the charts in the UK. Its sequel, Fifty Fifty, was released in 2017 and their third collaboration, Liar Liar, in August 2018. They have also co-written a prequel novella, Black & Blue, as part of the James Patterson BookShots series.
Bankstown born and bred, Candice lives in Sydney.