Harry Potter and the Prisoner of Azkaban

I do love the Harry Potter series, the books just as much as the movies, and of course, I read the books first! The Prisoner of Azkaban is my favourite out of all of the books, and funnily enough, the movie is my favourite as well. I liked the character of Sirius Black, and I appreciated the twists and misconceptions that were woven into this story. I feel as though this one was a real coming of age/turning point for Harry, realising that he was not alone, and discovering some truths about his parent’s deaths. And then there’s Hermione, stepping through time like a champ – love that girl! All in all, this is the book I connected to most out of the whole series and it doesn’t matter how many times I’ve already watched the movie, I will still sit and watch this one again if it comes on TV, which it does quite regularly out here in regional TV land! 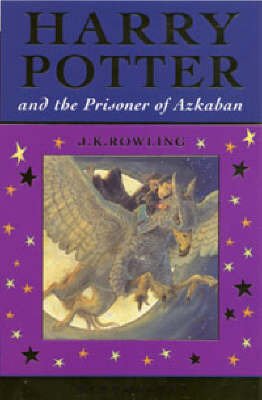 Harry Potter’s third year at Hogwarts is full of new dangers. A convicted murderer, Sirius Black, has broken out of Azkaban prison, and it seems he’s after Harry. Now Hogwarts is being patrolled by the dementors, the Azkaban guards who are hunting Sirius. But Harry can’t imagine that Sirius or, for that matter, the evil Lord Voldemort could be more frightening than the dementors themselves, who have the terrible power to fill anyone they come across with aching loneliness and despair. Meanwhile, life continues as usual at Hogwarts. A top-of-the-line broom takes Harry’s success at Quidditch, the sport of the Wizarding world, to new heights. A cute fourth-year student catches his eye. And he becomes close with the new Defense of the Dark Arts teacher, who was a childhood friend of his father. Yet despite the relative safety of life at Hogwarts and the best efforts of the dementors, the threat of Sirius Black grows ever closer. But if Harry has learned anything from his education in wizardry, it is that things are often not what they seem. Tragic revelations, heartwarming surprises, and high-stakes magical adventures await the boy wizard in this funny and poignant third installment of the beloved series.

8 thoughts on “Book A Day: Harry Potter and the Prisoner of Azkaban by J.K. Rowling”

Reading, Writing and Riesling
Book Around The Corner

Books I read. Books I want to share with you.

The Newtown Review of Books

Adding to the lighter side of your TBR pile :)

What Cathy Read Next...