The haunting story of the mother of the Tudors, Elizabeth of York, wife to Henry VII. Beautiful eldest daughter of Edward IV and Elizabeth Woodville – the White Queen – the young princess Elizabeth faces a conflict of loyalties between the red rose and the white. Forced into marriage with Henry VII, she must reconcile her slowly growing love for him with her loyalty to the House of York, and choose between her mother’s rebellion and her husband’s tyranny. Then she has to meet the Pretender, whose claim denies the House of Tudor itself. 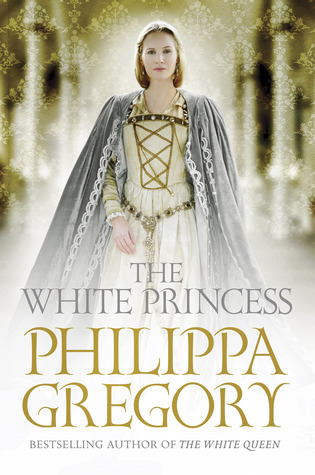 Having recently watched the television mini-series, The White Queen, I was keen to continue with that story and The White Princess picks up where that left off rather nicely. The story follows the first dozen or so years of the marriage between Elizabeth York and Henry Tudor. Henry is the first Tudor King and thus Elizabeth becomes the ‘mother of Tudor House’. Philippa Gregory is known extensively for her historical novels about the royal families of England, but I first came to her work with a novel on slavery, A Respectable Trade. This was a novel of profound significance and it’s one that has never been culled from my bookshelf in the twenty years since I purchased it. I have a lot respect for Philippa Gregory’s writing and I don’t think anyone could dispute her devotion to research and historical re-imaginings. This novel, like her other royal historicals, follows a familiar pattern whereby Philippa seems to line up the historical facts and then ‘colours in’ the gaps as she feels appropriate for the history that she has imagined. It’s a technique that appeals to me and you always know, that while some of what you are reading occurred, the rest is an interpretation by the author, the distinction of which she identifies in her end notes.

Elizabeth Tudor (nee York) is a woman who demonstrates her strength more through her inaction rather than her actions. She differs greatly from her own mother in this and I felt she was incredibly Queenly and dignified. I don’t particularly hold to Philippa’s interpretation of Elizabeth’s relationship with her uncle, King Richard III. She was simply too fertile to have been his mistress in everything for 16 months and she never carried nor birthed a child until she married King Henry. Which brings me to another point that I didn’t like. I don’t think there was any need for Henry to have assaulted Elizabeth prior to their marriage in the manner that he did. Historical records indicate that the two were wed in January and their first child was born in September. I kind of feel as though Philippa wanted to set Henry up as a man the reader should not like, right from the get go. I don’t believe that he would have acted in this way in real life, not to a high born lady who was destined to be his wife. Likewise, later in the novel, his open courting of the pretender’s wife in front of his own was extremely out of character. I felt as though each time we grew to like Henry, Philippa would snatch that away and give us some reason not to. And I resented that because I actually really wanted to like Henry. I felt such compassion for him, coming to the throne unloved by his people and guided by the wrong hands. Elizabeth was in a position to coach him and yet she held back from this at first, grieving her uncle/lover and holding herself and her heart at arms length from Henry. Each time she offered advice on being a King, he lapped it up. She could have moulded him so much more thoroughly.

I did think this novel was going to be about how Elizabeth rose Henry up to the throne, but it was instead consumed with the mystery of the great pretenders, boys putting themselves forward as Elizabeth’s long lost, and presumed dead, younger brother Richard, true heir to the throne. This mystery peaked when a rebellion was raised in Richard’s name, funded by his aunt and his mother. Yet the real ‘pretender’ proved so slippery that I couldn’t help thinking, prior to his capture, that he was nothing more than a myth, created to drive Henry mad. Henry nearly destroyed himself, and his marriage, chasing after this legend for years, and when he finally did capture him, the end result did not pan out for Henry as expected, weighing on him heavily. The conspiracies, the treachery, the secrets and lies – even Elizabeth’s own mother betrayed the King and Queen for the pretender. What a volatile and dangerous time to have lived. I had expected a novel of peace, but this was brutal and unsettled, from beginning through to the end.

Elizabeth had a hard time as Queen. Despised and mistrusted for her York heritage, she did everything that was ever asked of her, including having to reject her long lost brother, bearing witness to her own mother’s treasonous betrayal of the house of Tudor, remaining powerless to her cousin Edward’s imprisonment, suffering insult after insult; and yet, no sacrifice seemed enough for her husband and her mother in law. She was as Queenly as a Queen could be, and even when she at last came to love Henry, he pushed her away, over and over, his own lack of confidence and low self worth extending to his marriage like a poisonous river he couldn’t help but let flow over him. History says the two of them had a good marriage, and that Henry loved Elizabeth so much he never remarried after her death. Perhaps these good years came after the turmoil that closed this novel. I would have liked to have seen more of this between them, but again, it seems as if Philippa was determined we see Henry’s worst side and very little of his best. Elizabeth was a beautiful mother and one thing I particularly liked was her devotion to her cousin Maggie. That was a truly lovely relationship. Another aspect of this story I enjoyed was Elizabeth’s foretelling of a red haired Tudor Queen who would reign in a blaze of glory in her own right. Now, while she was initially envisaging this for her own infant daughter Elizabeth with her reddish gold hair, it’s later mentioned again beyond the passing of that poor little infant’s life, a prophecy that we all know was really Philippa’s not so subtle nod to the future Elizabeth I – the first Elizabeth Tudor through to the last — all of the threads of history weaving together into a beautiful tapestry of history in motion.

I did enjoy this novel, for all of my quibbling above. It was incredibly absorbing and quite easy to follow, despite the amount of politicking and sabotage that was taking place. I did feel at times as though the story telling was a little too descriptive rather than experiential, with Elizabeth and Henry coming off as rather wooden than flesh and blood. But it was still a good book and it will not be my last Philippa Gregory, not by a long shot.

Philippa Gregory is the author of many bestselling novels, including The Other Boleyn Girl, and is a recognised authority on women’s history. Her Cousins’ War novels, reaching their dramatic conclusion with The King’s Curse, were the basis for the highly successful BBC series, The White Queen. Philippa’s other great interest is the charity that she founded over twenty years ago: Gardens for the Gambia. She has raised funds and paid for over 200 wells in the primary schools of this poor African country. Philippa graduated from the University of Sussex and holds a PhD and Alumna of the Year 2009 at Edinburgh University. In 2016, she received the Harrogate Festival Award for Outstanding Contribution to Historical Fiction. Philippa lives with her family on a small farm in Yorkshire and welcomes visitors to her website, www.PhilippaGregory.com 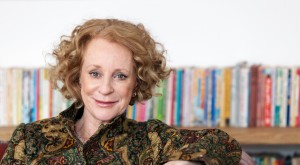 The White Princess was published in 2013 by Simon and Schuster Australia.