A richly magical retelling of the Beauty and the Beast fairy tale, from the point of view of the Beast.

I am neither monster nor man – yet I am both.

I am the Beast.

I know why I was cursed; I know the legacy of evil I carry in my tainted blood. So how could she ever love me?

My Isabeau. She opened my eyes, my mind and my heart when I was struggling just to be human. 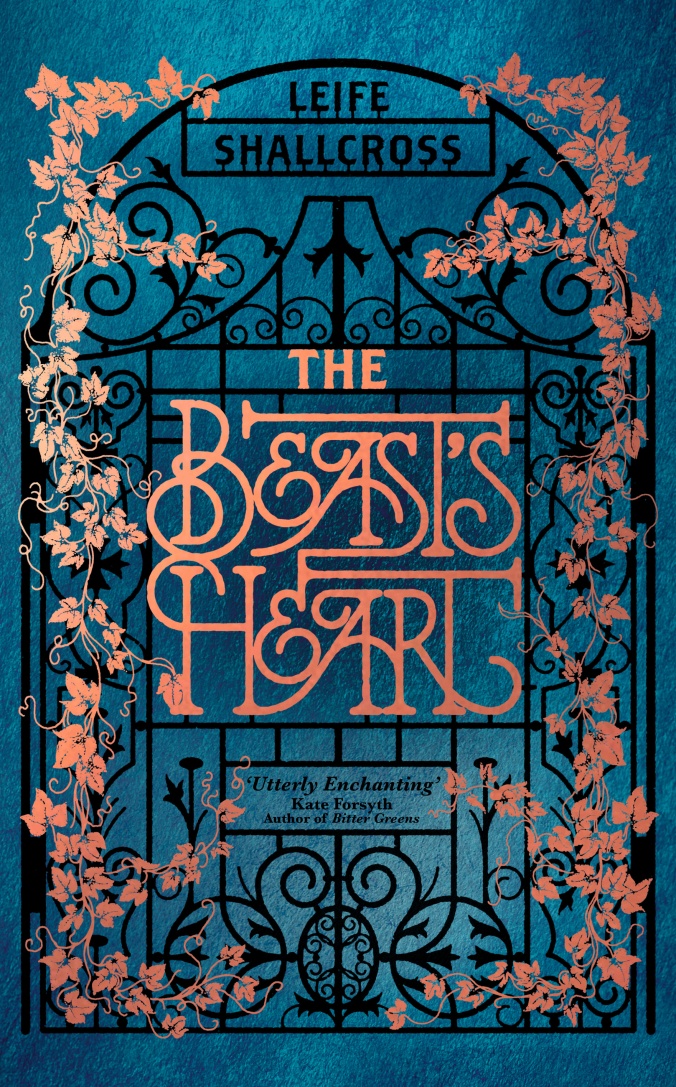 I am a big fan of Beauty and the Beast. It’s hands down my favourite fairytale, always has been, so it was with much excitement that I bought this as soon as it was released and began reading it immediately, despite being in the middle of another novel.

The first thing you need to know upon reading this novel, is that it is not the Disney version retold by the beast. I had to get used to that because I spent the first 50 pages waiting for Lumiere to pop out and Mrs Pots to wheel in with some advice. This is a whole new version of the fairytale, told by the beast.

Isabeau (the beauty in this story) has agreed to spend a year with the beast and this is what forms the basis of the story. Locked away together in a magic Chateaux, not much happens – for them, and unfortunately, for us. The story is simply too long and has too many instances of repetition and days that are the same, over and over. To break all this up, the beast has a magic mirror that shows him what’s going on with Isabeau’s sisters and father. The goings on with this family form a large chunk of the story, yet the one voice that we don’t hear from but perhaps really needed to for balance, was Isabeau herself. There were some instances where her behaviour was odd, seen only through the eyes of the beast, and we were left to either surmise what might have been going with Isabeau or to simply not warm to her.

This was a nice story with some great moments of emotional connection between Isabeau and the beast, but overall, it didn’t work for me. It was too long, and it held back too much. There was no emotional unleashing, no great waves of intensity; I just didn’t feel too much at all while reading it. I don’t like YA fiction all that much, I just feel as though I’m too old for it and it never seems to deliver enough for me. Perhaps that was part of the problem with this (it’s not you it’s me) and perhaps my anticipation was too high. Judge for yourself and if you end up loving it, please stop by and tell me why, I’d love to see what aspects I overlooked while reading.

Leife Shallcross lives at the foot of a mountain in Canberra, Australia, with her family and a small, scruffy creature that snores. She has a tendency to overindulge in reading fairy tales, then lie awake at night listening to trolls (or maybe possums) galloping over her tin roof. Ever since she can remember, she has been fascinated by stories about canny fairy godmothers, heroic goose girls and handsome princes disguised as bears. She is particularly inspired by those characters that tend to fall into the cracks of the usual tales. She is the author of several short stories, including Pretty Jennie Greenteeth, which won the 2016 Aurealis Award for Best Young Adult Short Story. The Beast’s Heart is her first novel.

The Beast’s Heart is published by Hachette Australia. Available as eBook, Paperback and Hardback now.