The Page by Page Bookclub with Theresa Smith Writes is an online bookclub with an emphasis on books written by Australian Women, chatting in a setting that is above all else, friendly and inclusive. Flexible reading timelines and multiple titles to pick from each month. And lots of chatter…

Each month’s books will be posted here on the blog, and if you’re not on Facebook but would still like to read along, please feel free to let me know in the comments on the monthly book post. The chatter will be in the group but I’d still love to hear your thoughts on the titles read.

For the month of May, we have three great new releases to choose from. Read one, two or all! Head over to Page by Page Bookclub with Theresa Smith Writes on Facebook to join in with the discussion.

Book 1 for May: Historical Fiction

The Jade Lily by Kirsty Manning 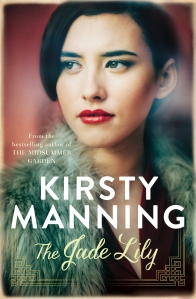 In 2016, fleeing London with a broken heart, Alexandra returns to Australia to be with her grandparents, Romy and Wilhelm, when her grandfather is dying. With only weeks left together, her grandparents begin to reveal the family mysteries they have kept secret for more than half a century.

In 1939, two young girls meet in Shanghai, the ‘Paris of the East’: beautiful local Li and Viennese refugee Romy form a fierce friendship. But the deepening shadows of World War Two fall over the women as Li and Romy slip between the city’s glamorous French Concession and the desperate Shanghai Ghetto. Eventually, they are forced separate ways as Romy doubts Li’s loyalties.

After Wilhelm dies, Alexandra flies to Shanghai, determined to trace her grandparents’ past. As she peels back the layers of their hidden lives, she begins to question everything she knows about her family – and herself.

A gorgeously told tale of female friendship, the price of love, and the power of hardship and courage to shape us all.

Book 2 for May: Contemporary Fiction

The Art of Friendship by Lisa Ireland 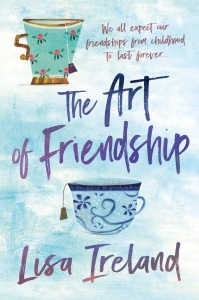 We all expect our friendships from childhood to last forever…

Libby and Kit have been best friends ever since the day 11-year-old Kit bounded up to Libby’s bedroom window. They’ve seen each other through first kisses, bad break-ups and everything in-between. It’s almost 20 years since Libby moved to Sydney, but they’ve remained close, despite the distance and the different paths their lives have taken.

So when Libby announces she’s moving back to Melbourne, Kit is overjoyed. They’re best friends – practically family – so it doesn’t matter that she and Libby now have different…well, different everything, actually, or so it seems when they’re finally living in the same city again.

Book 3 for May: Fantasy Fiction

The Beast’s Heart by Leife Shallcross 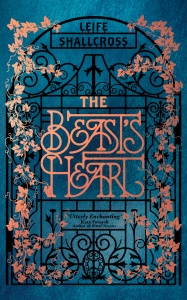 I am neither monster nor man – yet I am both.

I am the Beast.

I know why I was cursed; I know the legacy of evil I carry in my tainted blood. So how could she ever love me?

My Isabeau. She opened my eyes, my mind and my heart when I was struggling just to be human.

Lose yourself in this gorgeously rich and magical retelling of The Beauty and the Beast that finally lays bare the beast’s heart.

To join the Page by Page Bookclub with Theresa Smith Writes, head over to the Facebook group and request to join. Look forward to seeing you over there!

2 thoughts on “Page by Page Bookclub Titles for May”