Bringing sixteenth-century Languedoc vividly to life, Kate Mosse’s The Burning Chambers is a gripping story of love and betrayal, mysteries and secrets; of war and adventure, conspiracies and divided loyalties…

Carcassonne 1562: Nineteen-year-old Minou Joubert receives an anonymous letter at her father’s bookshop. Sealed with a distinctive family crest, it contains just five words: SHE KNOWS THAT YOU LIVE.

But before Minou can decipher the mysterious message, a chance encounter with a young Huguenot convert, Piet Reydon, changes her destiny forever. For Piet has a dangerous mission of his own, and he will need Minou’s help if he is to get out of La Cité alive.

Toulouse: As the religious divide deepens in the Midi, and old friends become enemies, Minou and Piet both find themselves trapped in Toulouse, facing new dangers as sectarian tensions ignite across the city, the battle-lines are drawn in blood and the conspiracy darkens further.

Meanwhile, as a long-hidden document threatens to resurface, the mistress of Puivert is obsessed with uncovering its secret and strengthening her power…

The first book in a new series of novels by Kate Mosse, The Burning Chambers is sublime historical fiction. It is set in France, in the year 1562, when the Wars of Religion were beginning to take hold. These were a sequence of eight civil wars between Catholics and Huguenots and the loss and destruction was profound, with several million people dead or displaced over the 36 years these wars raged on for. Such a very long time; what madness.

The Burning Chambers contains an impressive amount of historical detail woven into a story that is highly accessible and vividly engaging. I was instantly swept up into the suspense and richly detailed lives of the characters. It’s a huge book, but the pages just flew by for me, I really couldn’t put it down. Even my sleep was bookended with it, reading late into the night and waking up to read more over breakfast.

These brutal religious wars were just so terrible, and Mosse does an incredible job of bringing this dark history to life. The corruption threaded through society was rife, and each individual had to keep their wits about them at all times. You literally had no idea who you could trust. And yet, within this environment, neighbours would band together to protect their own against the forces that sought to crush them. Community was still rich and evident, albeit, a little more cautious though.

Against this volatile background is a mystery involving Minou’s heritage and a woman who thinks she hears the voice of God, a truly frightening woman who is pursuing Minou and will stop at nothing to achieve her end game.

The drama is high, the suspense even more so. There’s romance, crime, mystery, war, gothic themes, and history. The pages that head each part are adorned with photos that compliment the setting of the next section, a nice touch that firmly gives the reader a sense of time and place. The Burning Chambers is a novel that will appeal to a wide range of readers and it really is Kate Mosse at her very best.

Thanks is extended to Pan Macmillan Australia for providing me with a copy of The Burning Chambers for review. 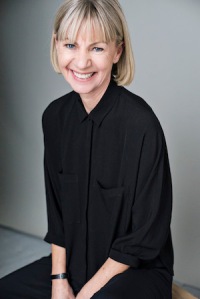 Kate Mosse is an international bestselling author with sales of more than five million copies. Her books have been translated into 38 languages and published in more than 40 countries around the world.

Kate is the Founder Director of the Women’s Prize for Fiction and sits on the Executive Committee of Women of the World. In June 2013, she was awarded an OBE in the Queen’s Birthday Honours List for services to literature and women. She is currently the Deputy Chair of the National Theatre in London and divides her time between Chichester in West Sussex and Carcassonne in the Southwest of France.