It’s 1868 and the gold rush sprawls across the wild west of New South Wales, bringing with it a new breed of colonial rogue – bushrangers. A world far removed from hardworking farm girl, Annie Bird, and her sleepy village on the outskirts of Sydney.

But when a cruel stroke of fortune sees Annie orphaned and outcast, she is forced to head for the goldfields in search of her grandfather, a legendary Wiradjuri tracker. Determined and dangerously naive, she sets off with only her swag – and is promptly robbed of it on the road.

Her cries for help attract another sort of rogue: Jem Fox, the waster son of a wealthy silversmith. He’s already in trouble with the law – up to his neatly trimmed eyebrows in gambling debts. And now he does something much worse. He ‘borrows’ a horse and rides after the thieves, throwing Annie over the saddle as he goes.

What follows is a breakneck gallop through the Australian bush, a tale of mistaken identity and blind bigotry, of two headstrong opposites tossed together by fate, their lives entwined by a quest to get back home – and the irresistible forces of love. 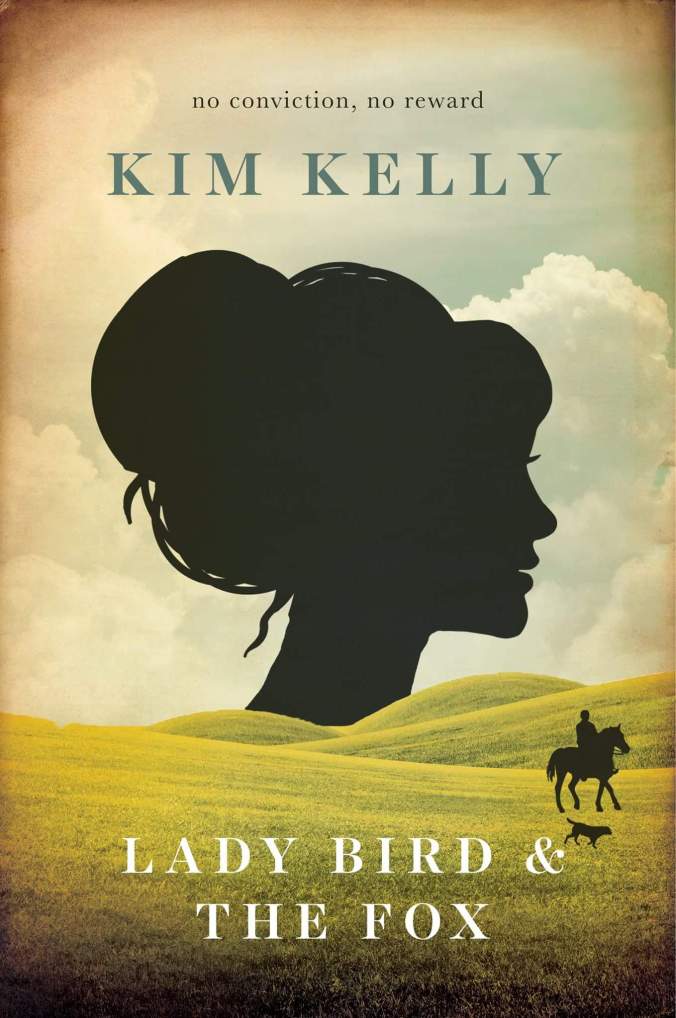 Lady Bird & The Fox would have to be my most anticipated read for 2018. In part, this can be attributed to having been ‘in the know’ about this novel for quite some time. Fortunately for me, I was able to read it in advance of publication. The other side to my anticipation is quite straight forward: it’s a new novel by Kim Kelly and I love every single thing she writes, from novels through to blog posts and even simple social media updates. If Kim writes it, I’ll read it. My expectations were high, but there was never any doubt that they were going to be met. Lady Bird & The Fox is brilliant. Thought provoking, funny – as in, actually laugh out loud funny – historically accurate, meticulously researched, and crafted with impeccable inference. This is a novel that I will buy more than once, because there are heaps of people in my life who will either enjoy it, or benefit greatly from being exposed to its content; either way, I will get satisfaction out of gifting it far and wide.

Kim wrote a blog post on Lady Bird & The Fox in February and I encourage anyone with an interest in this novel to read it as it provides great background context to the story and history retold within its pages. It also opens with a fantastic character summary, which I’m going to include here as it pretty much says exactly what I want to say but in ‘Kim speak’, which is a whole lot more articulate than anything I would come up with.

“Annie Bird is a part Mulgoa, part English woman searching for her Wiradjuri grandfather. She’s Aboriginal in both her understanding of herself, and in the way others treat her; but she’s been robbed of the vast majority of her culture, her Aboriginal inheritances, and especially mourns the loss of her mother’s language. At the same time, she is both intellectually and conscientiously Christian.”

“Jem Fox, on the other hand, is part Polish, part French, and although educated in London, in the English public school system, with all its oppressive Christianity and class snobbery, he is inescapably culturally Jewish. As a result of these clashes and confusions, he’s rejected religion, and any convention, pretty much entirely.”

So that’s Annie and Jem in a nutshell. When they meet, attraction is imminent and sparks begin to fly left right and centre as they set out for a life changing adventure.

Kim is known for writing intelligent romantic historical fiction underpinned with political themes. In Lady Bird & The Fox, she examines racism within colonial Australia, offering an entirely unique perspective to the history we have all taken for granted. Annie has been sheltered by her father for her whole life, protected in her little corner of the universe, and while she has experienced racism to a certain degree, this is nothing to prepare her for what she meets on the road. To witness her shame through Jem’s eyes was particularly powerful, as a member of a minority group himself, his reactions of outrage reinforced exactly how outrageous it was. To be always viewed with mistrust, ostracised, ignored, stripped of basic rights; my heart was bursting with sorrow for Annie, and consequently, for all Aboriginal people who have had to endure this from the beginning of colonisation. And yet, instead of acknowledging this, our history has obliterated it from record. There’s something really awful about a stolen history that one could reflect on in depth, but for the purposes of this review, I’ll leave it here and move on. Suffice to say, Kim has done an incredibly wonderful thing here in writing Lady Bird & The Fox, giving life to an extinguished history and providing modern Australians with a text to rejoice in. Here, at last, is an author who is not afraid to rewrite history back to what it should have always been.

The heart of Lady Bird & The Fox beats with love: a search for family, a search for one’s own true identity, and the search for a free life lived well surrounded by loved ones. The path for Jem and Annie is rough from the start, but filled with adventure and mayhem. One disaster after another besieges the pair, and it’s often hilarious, how much goes wrong, especially when viewed from Jem’s sarcastic perspective. But as hilarious as the wrong stuff is, once things turn around and begin to go right, they go right in the very best of ways. There is a serendipitous feel to the way things go right for Jem and Annie in the end, as against the odds as their romance might have been, Kim shows us that sometimes everyday Angels exist, in the most unlikely of forms, and when they spread their heavenly magic, it’s with a lasting impression. Lady Bird & The Fox is told in the tradition of a great yarn, a novel you almost feel obligated to read out loud while sitting around a camp fire with a cup of Billy tea amongst a gathering of like-minded people. As usual, Kim has managed to inform as well as entertain, a unique, yet highly sought after talent. I loved Lady Bird & The Fox, and chances are, if you’ve read a Kim Kelly novel before, you’ll love it too. And if you’ve never read a Kim Kelly novel before, then this a cracking good one to start with.

Thanks is extended to Kim Kelly for providing me with a copy of Lady Bird & The Fox for review. 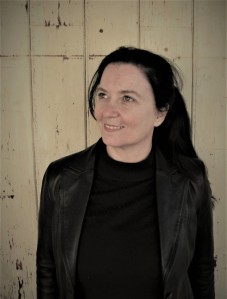 Kim Kelly is the author of seven novels that explore Australian history, including the bestselling The Blue Mile, the acclaimed Wild Chicory, and UK Pigeonhole favourite, Paper Daisies.

Her stories shine a bright light on some forgotten corners of our past, leading readers with warmth, wit and lyrical charm into difficult terrain, through themes of bigotry, class conflict, disadvantage and violence in our shared history – issues that resonate today.

A widely respected book editor by trade, stories fill her every day, and it’s love that fuels her intellectual engine. In fact, she takes love so seriously she once donated a kidney to her husband to prove it, and also to save his life.

Originally from Sydney, Kim now lives on a small property near the tiny gold-rush village of Millthorpe, where the ghosts are mostly friendly and her grown sons regularly come home to graze.