Can a woman ever really know herself if she doesn’t know her mother?

From the author of the smash-hit bestseller Firefly Lane and True Colours comes a powerful, heartbreaking novel that illuminates the intricate mother-daughter bond and explores the enduring links between the present and the past.

Meredith and Nina Whitson are as different as sisters can be. One stayed at home to raise her children and manage the family apple orchard; the other followed a dream and travelled the world to become a famous photojournalist. But when their beloved father falls ill, Meredith and Nina find themselves together again, standing alongside their cold, disapproving mother, Anya, who even now, offers no comfort to her daughters. As children, the only connection between them was the Russian fairy tale Anya sometimes told the girls at night. On his deathbed, their father extracts a promise from the women in his life: the fairy tale will be told one last time—and all the way to the end. Thus begins an unexpected journey into the truth of Anya’s life in war-torn Leningrad, more than five decades ago. Alternating between the past and present, Meredith and Nina will finally hear the singular, harrowing story of their mother’s life, and what they learn is a secret so terrible and terrifying that it will shake the very foundation of their family and change who they believe they are. 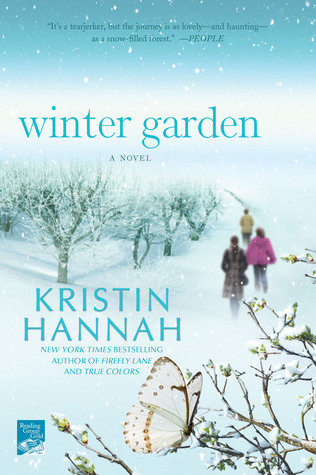 I first came to Kristin Hannah’s work with The Nightingale and over the last eighteen months, I’ve collected her backlist and been slowly making my way through it, loving her more with each novel. She’s an author though who seems to have only two types of readers: those who really hate her (yet still keep reading her books if only for the fact that they then seem to get great enjoyment out of picking them apart on Goodreads) and those who really love her. After four novels, I am definitely in the ‘really love her’ camp. She has an ability to take an event or an issue and present it with a clarity of purpose that focuses largely on human connection. I am always moved by her stories and Winter Garden is no exception. I read this on the verge of tears for most of the second half of the novel, so full of emotion, and as so often happens to me when I read fiction inspired by historical fact, I reached a point where I just had to put the book down so that I could have a good cry. Because it hurt. This story hurts you to contemplate, yet it’s value in terms of remembrance cannot be overstated.

When I think of Russia in terms of WWII, I think of the winter that pushed the ill equipped German troops back, consequently turning the tide of the war. And that’s it. Yet, there is a whole history that was repressed and hidden for decades; a history where an estimated one million people died of starvation in Leningrad, a city that was cut off from the rest of the world, where temperatures in winter sat at around 20 degrees below zero; a city filled with women, children and the elderly, slowly starving and freezing to death, bombed nightly by the Germans. That history was not in any WWII textbooks when I was at school.

In Winter Garden, Kristin presents us with a fractured family. Two sisters with no relationship at all with their mother, who treats them, even as adults, with inexplicable coldness. Upon the death of their father, their mother falls apart at the seams and begins to behave erratically. It isn’t until she reluctantly begins to tell her daughters the story of her life in Leningrad during the war, under the guise of a fairy tale, that the lives of these three women begin to turn a corner.

There are so many reasons why I loved this novel and the presentation of the past as a fairy tale was one of them. It was such an excellent way for Anya to expose herself to her daughters, plus the element of de-coding for Meredith and Nina added an aspect of intrigue to their lives that was a welcome distraction from their grief and personal troubles. I really enjoyed the contemporary story as much as the historical one. Meredith was a character I could completely relate to and there were times when I just wanted to shake Nina for her carelessness and inability to see things from Meredith’s perspective. Kristin Hannah does sisters well, she really does. I have a younger sister, and every time I read a novel by Kristin with sisters in it, I can relate to so many things! But as frustrated as I was by Nina, I also admired her tenacity and passion for not letting something go. Meredith might have been my favourite, but the story needed Nina equally as much.

Of course, the real backbone of this story is the history it brings out into the light. My edition of Winter Garden is a reading group one, so it’s filled with a whole lot of extra material in the back: a Q&A with Kristin on the writing of Winter Garden, an essay by Kristin on the inspiration, some reading group discussion leads, and recipes from the story. It’s in the essay that Kristin states:

‘I wanted to give you all this story of survival and loss, horror and heartache in a way that would allow you to experience it with some measure of emotion. I am not a historian, nor a nonfiction writer. My hope is that you leave this novel informed, but not merely with the facts and figures; rather, I want you to be able to actually imagine it, to ask yourself how you would have fared in such terrible times.’

There is suffering on a scale within this novel that is almost impossible to imagine enduring: watching your children die a little more each day from starvation; the horror of being trapped in a frozen wasteland with war raging around and above you, people dying where they fall and being left there; knowing that if you lie down or sit for a rest, your body will shut down from the cold and lack of sustenance, and you will die and then your children will die. Many of us are so lucky, that the closest we come to this is through reading about it. That an entire generation was able to move on and live out their lives after enduring such horror never ceases to amaze me. WWII affected so many people in so many places around the world; to document the horror in any way, shape, or form, is a service of remembrance, a homage to those who survived as much as those who didn’t. I admire any author who writes the stories of this time; the research alone would be shattering. I can see how this novel paved the way perhaps for Kristin to write The Nightingale. Her unflinching narrative doesn’t hold back; she is like a journalist in some ways, presenting the truth, in all its desperate ugliness.

Winter Garden shows both the human capacity for survival and for self-recrimination. It’s a deeply moving story, particularly if you are a mother, and it has the most beautifully bittersweet ending. 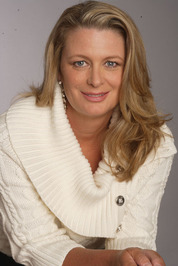 Kristin Hannah is the award-winning and bestselling author of more than 20 novels including the international blockbuster, The Nightingale. Kristin’s highly anticipated new release, The Great Alone, will be published on February 6, 2018 (St. Martin’s Press). The novel, an epic love story and intimate family drama set in Alaska in the turbulent 1970’s is a daring, stay-up-all-night story about love and loss, the fight for survival and the wildness that lives in both nature and man. The Nightingale is currently in production at Tri Star, with award-winning director Michelle MacLaren set to direct. Home Front was optioned for film by 1492 Films (produced the Oscar-nominated The Help) with Chris Columbus attached to write, produce, and direct.

Bingo! Winter Garden is my ‘book based on a true story’ -the Siege of Leningrad during WWII. This year I’m playing book bingo with Mrs B’s Book Reviews. Head over there to see what square and book Mrs B has scored for bingo today. 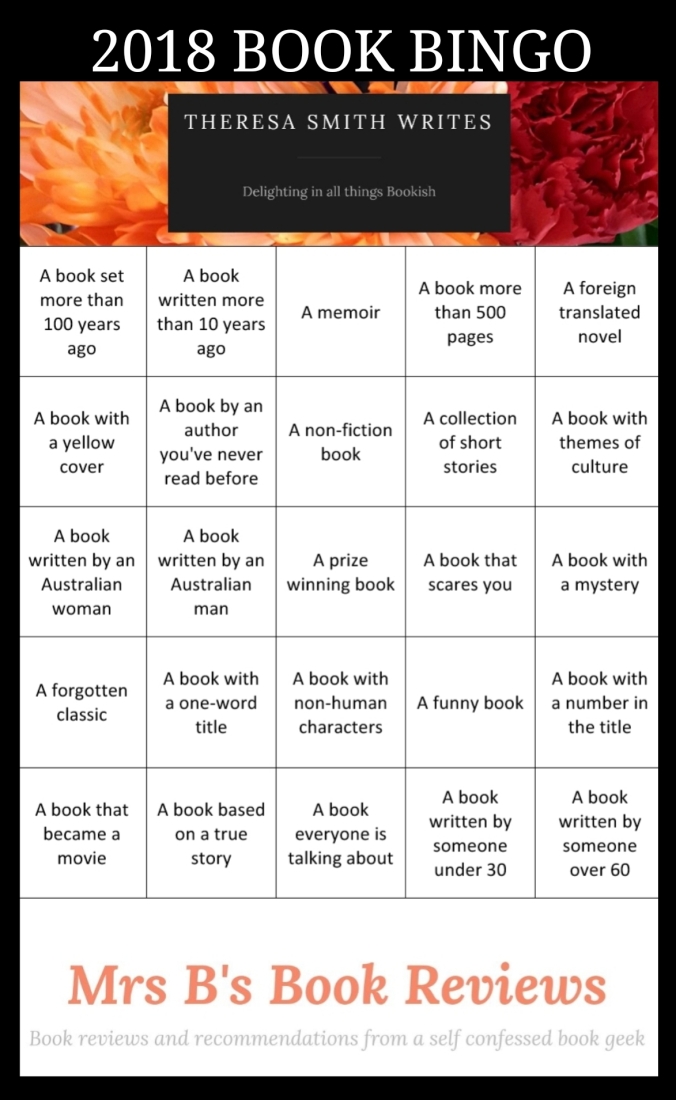