Today I am delighted to welcome Isabella Hargreaves to Behind the Pen with a few of her favourites.

Over to you Isabella, what is your favourite…and why… 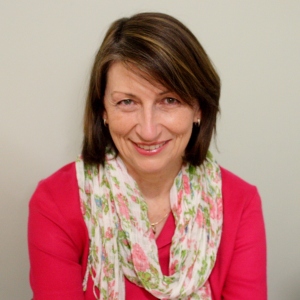 My favourite character from one of my books is Jane Brody from The Persuasion of Miss Jane Brody. Jane is a bluestocking and follower of Mary Wollstoncraft, the early feminist writer. Confident, articulate and sassy, Jane falls in love with an aristocrat who is typical of his era and rank. He believes the only roles women should have are as wives and mothers. Needless-to-say, Jane teaches him otherwise!

My favourite scene comes from my novella set in outback Australia in the 1920s, All Quiet on the Western Plains. The hero, Jack, a veteran of World War I with shellshock (PTSD), is running from any reminder of the war. He lives in isolation on his pastoral property until the heroine, Fleur, a nurse, shakes him out of his metaphorical lone gumtree. Fleur also served during the war and leaves reminders of that world behind by coming to Australia. In the last scene of the book, Jack is finally able to face attending a Remembrance Day ceremony and to wear his uniform again. It makes me cry every time I read this scene.

I have so many favourite movies, I can’t choose just one! Here are some, listed by genre:
Action: Baby Driver, and Jason Bourne movies
Romantic Comedy: Tootsie, Bull Durham
Historical Romance: Belle, American Friends
Sci-Fi: Blade Runner, The Martian
Comedy: Hot Fuzz.
There are many more categories, but I won’t go on.😊

The Guernsey Literary and Potato Peel Pie Society by Marianne Schaffer and Annie Burrows (historical). This book fulfils so many requirements – it’s an historical, set in England in the immediate post-World War II period; it has a quirky cast of characters; and it’s a romance.
More recently I’ve become a fan of The Martian by Andy Weir (science fiction); the Stage Dive series by Kylie Scott (contemporary romance); and The Rosie Project and The Rosie Effect by Graeme Simsion (contemporary romantic comedy).

Scarfs! In all shapes, sizes, colours and designs. Sounds crazy, but they are so useful.

Drink that you enjoy everyday?

Chamomile tea. It’s great to sit down after dinner with a cup of calming chamomile tea, and hopefully with a good book too.

Whenever I can get the opportunity and want to treat myself, I go on a scenic horse ride, usually with my daughter.

Ninety-mile beach, New Zealand – the most beautiful beach in the world. See the photo attached and I’m sure you’ll agree.

I admire not one person but a whole generation – the World War II generation – of which my Mum and Dad were members. That generation grew up in tough times living through the Great Depression, then spending up to six years of their young lives fighting a world war. Afterwards they set about creating a home, many of them in a new country, to build a better life and raise their families. They gave a lot and didn’t ask for much in return.

My favourite season is autumn – In my home town of sub-tropical Brisbane, autumn is the time when I sigh with relief because the ferocious bite of the summer sun starts to soften and I can look forward to the cool days of winter. I also love colours of this season in temperate climates where of course autumn signals that winter and Christmas are on their way. 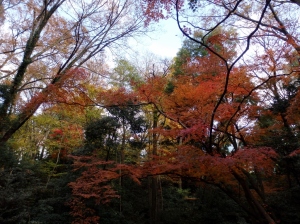 I’m a complete sucker for Christmas tales of miracles and redemptions. This year I’ve written a Regency novella. See what you think:

Miss Amelia Fortescue, the only child of profligate gambler, Baron Fortescue, wants to marry for love, but her parents won’t wait for that. They need her as bait to land a wealthy son-in-law to pay off their debts.
Wealthy banker and former soldier, Major Adam Wellworth, fell in love with Amelia from afar. Before he could gain an introduction, Bonaparte escaped and Adam was forced to rejoin the army. Back in England months later, with an injury that’s proving hard to shake off, his love for Amelia hasn’t diminished. He seeks the Fortescue’s permission to court her, but it comes with conditions.
Adam invites the Fortescues to his estate for the Christmas week, so Amelia can get to know him. However, his plan goes horribly awry before they arrive, when Amelia’s parents tell her she’ll be married on Christmas Day.
Amelia’s not going to be forced to marry anyone, especially someone she’s never met, and who she believes is maimed and elderly. Instead, helped by a gallant gentleman, she becomes the Runaway Christmas Bride.
Can Adam escort Amelia to her great-aunt for Christmas without her discovering his identity? And how does he reveal his name afterwards without earning her loathing? Only a Christmas miracle could fix this mess. 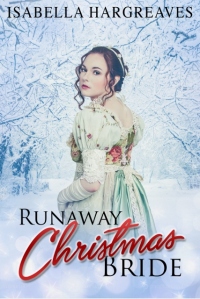 Isabella Hargreaves writes Romance through the Ages. From the Anglo-Saxon-Danish frontier in 10th century England, to the English Civil Wars, to the Regency era and outback Australia in the 1920s, Isabella has a story to tell.
Her love of history surfaced in childhood when she subscribed to a history magazine for children. Now she works as a historian.

Isabella lives in Brisbane, Australia with her family and a house full of pets. When she’s not reading and writing, Isabella loves horse-riding and walking. She dreams of an around-the world trip to indulge these passions.

2 thoughts on “Behind the Pen with Isabella Hargreaves”