I have a friend – an ex-cop. He’s out of the Force due to injury and PTSD, and we have more in common than I expected.

I’ve worn another kind of uniform – critical care and remote area nursing. These jobs are also on a front-line of sorts.

My friend finally shared stories he’s barely told anyone. Without a hint of self-pity, my friend served to the best of his ability, and saw the worst sides of human nature. In those moments of extremis, training kicks in to complement ones’ personality – combative or compassionate. Either way, you need to focus and deal with the situation. Afterwards, you cope or you don’t. The funny stuff, you share with lovers and friends. The bad stuff, you don’t talk about. Not ever. You keep it inside because why would you share stories that will cause distress to others? Even I have a swag of stories I’ll never tell anyone, and in this one tiny way, like my cop friend, I have something in common with war veterans. 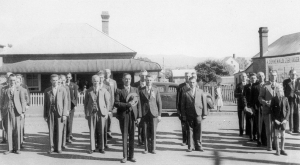 Now, when I find myself unexpectedly writing three stories of war, I agonise over whether I have the right to talk of an era in living memory, of battle and struggle far beyond anything I’ve had to face. I’m familiar with death, and in the worst of circumstances, but I’ve never held a gun in order to kill or be killed. I’ve never volunteered to fight, and serve, and offer my life for my country.

So, what right do I have to tell the story of a Sparrow?

The short answer is ‘none’.

My current WIP is the second in a trilogy set during the Pacific War; this one about a member of the Sparrow Force, Australia’s first commandos. These men were perpetually behind enemy lines in Timor – a few hundred Sparrows versus a rising tide of many thousands of Japanese. 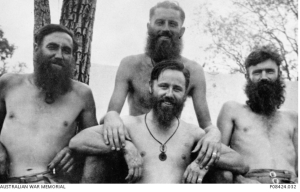 That’s the simple version. Brave Aussies versus overwhelming odds, supported in secret by the Timorese people. Good guys versus bad guys – how hard can it be to write that?

It’s not as simple as it looks. First off, there’s the question of moral rights in telling someone else’s story. I have no rights, so I’m telling the story of a fictional Sparrow caught up in a rolling disaster to the side of the Australian retreat. By staying outside the true narratives written by those who were there, I hope to avoid objections about accuracy.

There’s probably still plenty for Sparrows, their families, and other readers to object to in my storytelling, but, hopefully, no fundamental ethical issues – no Sparrows will be maligned or unduly praised; history will not be twisted into polemic. My lies will take another path to that of all published accounts from that era.

What about the other lies – the real lies? The lies that cause and sustain war?

Hemingway said ‘Never think that war, no matter how necessary or justified, is not a crime.’

He was right. All wars, I find, are based on the lies that fuel racism, crime and corruption.

Each young man has their own reasons for finding themselves where they are – rationales constructed from a sea of lies and truths told by their governments, churches, friends and families. 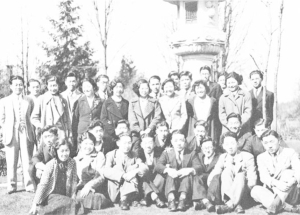 I use the lies of war to drive my characters, and therefore the courses of action they take, but many of these lies still have resonance. In a world where some wrap themselves in flags to justify injustice, where denial of history is sanctioned and even mandated by the State, where sacrifice for kin and country is stolen and co-opted by unscrupulous politicians, the lies of war still have the ability to generate argument.

Will my narrative expose lies some would rather not face?

Why not just do a YA boys-own adventure of bravery and derring-do, populated by exemplars of those traits we most highly value?

That path I won’t tread, because when I hear soldiers, often reluctantly, talking about war, they don’t have time for bullshit. 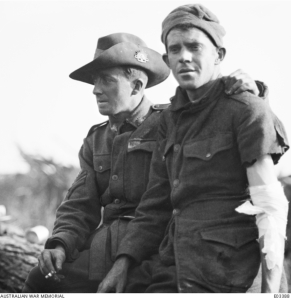 Writing three YA novels set around the Pacific during World War Two is as much an investigation of bullshit as indulging in the joys of historical fiction. If war is every bit as bad and unwarranted as old soldiers tell us, why do we keep doing it?

I’m writing a story about three young men caught up in war, and the women they’ve left behind.

I’ll leave you with Tim O’Brien.

“A true war story is never moral. It does not instruct, nor encourage virtue, nor suggest models of proper human behaviour, nor restrain men from doing the things men have always done. If a story seems moral, do not believe it. If at the end of a war story, you feel uplifted, or if you feel that some small bit of rectitude has been salvaged from the larger waste, then you have been made the victim of a very old and terrible lie. There is no rectitude whatsoever. There is no virtue. As a first rule of thumb, therefore, you can tell a true war story by its absolute and uncompromising allegiance to obscenity and evil.”
― Tim O’Brien, The Things They Carried

Ben Marshall is a scriptwriter and ‘emerging writer’ who lives in a tiny house near a big lake with his lovely wife and two enormous dogs. All day, every day, he writes, pats the dogs, drinks coffee, pats the dogs, listens to music, kisses his wife, pats the dogs, and writes. Aside from scripts, he writes historical YA, Gothic horror, MG adventure, and speculative fiction.