Origin of the Writer is a series of essays giving emerging writers the opportunity to share their writing journey so far.

My Journey with The Drover’s Rest 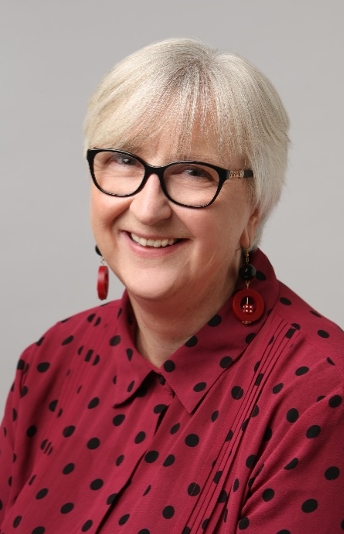 It started when I was looking for something creative to take my mind off an uncertain future. Writers Victoria advertised a course – Romancing the Page – and I thought why not?

At the first session I had to introduce myself and say what the book I was writing was about. I didn’t have a book! I didn’t even have an idea for a book!! So, I was sitting there, heart palpitating, hands sweaty, until it was my turn. “My book,” I told everyone, “is about a city girl who inherits a hotel in the country and falls in love with a sheep farmer.”

Lame. But, The Drover’s Rest was born.

I had no idea what I was doing. I had to get my head around how romances were structured and, more importantly, how to write a kissing scene without (1) blushing, (2) sounding like a king-sized idiot, and (3) making it real, but romantic too!

Then another opportunity came along. A Manuscript Development Program with Hachette Australia and the Queensland Writers Centre. Without any high expectations I entered the first 20 pages of my unfinished story, knowing full well that I needed a finished manuscript. So, when I got the phone call telling me I had a place in the Program, I knew I was in trouble. I spent practically the next 48 hours madly writing so I could send off a completed story by the deadline. (I would NOT recommend this. To anyone.)

That Manuscript Development Program was wonderful. It turbo-charged my writing to another level. Yes, my story still needed a lot of work. Yes, I was intimated by the other participants – they all seemed so much more accomplished, especially as I was the only romance writer in a group of literary fiction writers.

It was also an experience that enthused and energised me enough to rewrite the entire story. After a year of ill-health – I broke my right ankle and then had a total hip replacement on my left hip – I finally finished. Four wonderful beta readers read and critiqued my updated story before I resubmitted it to Hachette.

I was so depressed I didn’t even touch it for months and months. Then, one day I re-read it. You know, it wasn’t that bad. Sure, more could be done. A scene cut here. A few snips there, and it would be even better. Maybe. So, I “fixed” it up. Again.

I entered my rewritten, revamped manuscript into the Romance Writers of Australia’s (RWA) Emerald Award for unpublished manuscripts. It promised feedback from romance readers on how marketable my story was, something I craved. This time, though, I had a finished manuscript, written to the best I could make it, before sending off the first 10,000 words.

I was gobsmacked when I made it into the second round. Yes! Another three reader judges’ opinions – this time on the full manuscript. Bonus. Big time.

In the meantime, I undertook some online writing courses, learning lots. About developing characters. About branding myself as an author. And finally, in time for the RWA conference, about pitching, something that terrified me, but a skill I really needed to hone.

I had to read the email telling me I was a finalist in the Emerald Award like a hundred times before it finally sank in that my story had made it into the top three places!!

How on earth did that happen?

Two days later my story was rejected again, by an agent, who said that the conflict was not as strong as it could have been and the instant attraction between the two characters was “too instantaneous to be completely believable”.

Oh, the highs and lows of being a writer.

After that, I received another two rejections and one request for the full manuscript from agents and publishers. 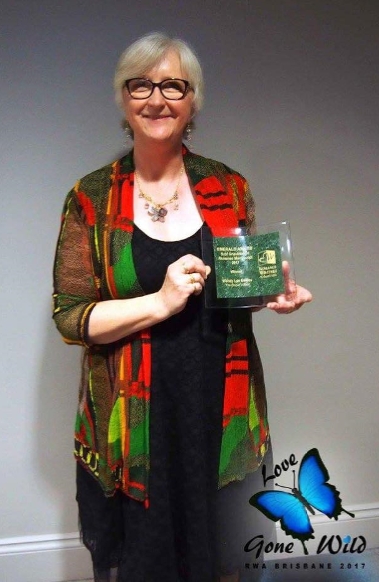 While at the RWA Conference, I pitched my story to a large Australian publisher, who asked for the full manuscript. So, after reading through my story once more, I sent it off.

Less than one month later I received an email containing a five-point, detailed critique of my story from the Australian publisher. It wasn’t negative. Not at all. They were clear about what needed improving before it would be of “publishable standard”. My heroine needs to solve her own problems. My hero and heroine need more time on the page, together. The reasons why they can’t be together needs to be much clearer. If I do all that, they’ll be happy to re-read it.

Five days later, I received a publishing contract from a small American publisher. If I don’t respond within 15 days, they’ll take that as a no. That was 9 days ago.
So, do I rewrite my story? Or, do I sign the contract already offered? Or give up completely?

Which of these options is right for The Drover’s Rest?
I could take months rewriting, fixing the inherent problems without any guarantee that anyone will publish my story.

If I take the publishing contract, they may not do the right thing by my story (or me). And I’ll probably have to rewrite it anyway.

I’m not a perfectionist. But my natural habitat, writing wise, is editing. So, what should I do?

Begin rewriting my story yet again of course.

Seems I have more to learn and experience with The Drover’s Rest. Seems I’m finding it very difficult indeed to walk away, letting it go, without even trying to improve it.

Who knows what will happen next?

Wendy Lee Davies
Contemporary Country Romance
Love finds you wherever you are
http://www.wendyleedavies.com

The Drover’s Rest is a contemporary rural romance of 89,000 words.
When Amber Hutchinson inherits a country hotel, all she wants is to do it up, sell it, and move on. But her first night in Willow’s Bend doesn’t go well. She gets stuck breaking into a window. And a handsome sheep farmer rescues her. He ‘s everything she thought a cowboy knight would look like, right down to that Akubra on his head.
Zach Wentworth has no time for city-slickers like Amber. He has no illusions that she’ll survive in his home town. She can’t. But when he discovers she’ll be running the only hotel in town, he decides to give her a chance. And his attraction to the determined blond bombshell has nothing to do with that decision. None at all.

So, has winning the Emerald Award made me a better writer?
No, but getting the reader-judges feedback was priceless.

Has winning got me a publishing deal?
No, not yet. Has winning changed my life? No. Yes. Sort-of.

Would I encourage others to enter competitions?
Depends. Are they looking for the feedback, the opinions of others or is winning the end game? Think hard. Be prepared to get all sorts of conflicting opinions on your writing. If you can cope with that, are ready for that, then go ahead and enter. You’ll be a better writer because of it. Hopefully.

11 thoughts on “Origin of the Writer: Wendy Lee Davies”

#newrelease #bookreview ⭐⭐⭐⭐ One-Night Stand by @simontaylorfunnyboy @larrikinhouse
#currentlyreading One-night Stand by @simontaylorfunnyboy with thanks for the #bookreviewer copy @larrikinhouse #readaustralian #comedy #ausbookbloggers #bookstagram #bookbloggersofinstagram #readersofinstagram #readallthetime
#shelfie post! 📚 Here are the shelves I've set up so far in my #foreverhome 🏡 I have some larger, more 'fancy' shelves to come (they're on order) so setting up all the books is definitely a work in progress. The books on these shelves are all #bookreview #tbr and this is the first time I have been able to single shelve and actually see everything I have. Hoping this will lead to me being able to read a wider range, including some of these older titles.